Entries came from dairies in more states and countries than ever.

By Dennis Halladay, Western Editor
Mind-boggling average herd pregnancy rates were the norm among winners honored yesterday at the 7th annual Dairy Cattle Reproduction Council annual meeting in Sacramento, Calif. The meeting concludes today.
A total of 52 herds were independently nominated and judged from 17 different states and three countries in the fourth annual competition, which is sponsored by Pfizer Animal Health and Hoard's Dairyman. 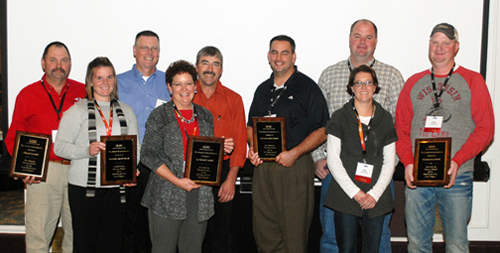