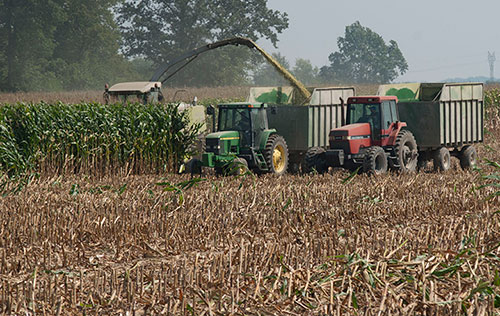 Dairy producers in the midst of the corn silage harvest from Wisconsin to New York all agree that the silage harvest is far exceeding last year's crop which was severely stricken by drought. However, in the same breath, many of those producers who also grow soybeans are expressing concern about last week's unseasonably high temperatures (over 10 degrees above average) that extended the dry spell throughout the Midwest.

"We chopped as much off 100 acres this year as we did from 150 acres last year," stated Earl Campbell of Lykens, Pa., who farms with his wife, Tamie, son, Grant, and daughter-in-law, Teri. "The corn silage harvest came on fast with the recent dry weather," noted Campbell.

"Dry-downs indicated the longer-day corn averaged 60 to 62 percent moisture, while the shorter-day varieties were in the high 50s," said Campbell, who stores most of his corn silage for the family's 200-cow dairy in tower silos.

At the time of my visit, Fred Beer and his sons, Jeff and Regg, were all hands on deck as four packing tractors and four wagons were bringing in the corn silage crop. "We are averaging right around 23 tons per acre on varieties that were 112 to 114 day," said Jeff, who is a partner on the 800-cow dairy near Milford, Ind. Moisture check levels were between 63 to 65 percent for the crop stored in bunker silos.

Meanwhile, Phil Gingerich, a nearby neighbor who owns harvesting equipment with the Beers, already had his corn silage harvested. "It was good, really good in fact," said the Indiana dairyman. "We averaged 25 tons per acre on the 200 acres we chopped."

According to USDA's September 12 Crop Production Report, the projected corn harvest rose less than 1 percent to 13.8 billion bushels. If that crop makes it into the bin, it would be a U.S. record.

Meanwhile, soybean projections fell 3 percent largely due to higher-than-expected temperatures and dry conditions during the pod-filling period, which will reduce yields. However, if the forecast holds, this would still be the fourth-largest U.S. soybean crop.
(c) Hoard's Dairyman Intel 2013
September 16, 2013
Subscribe to Hoard's Dairyman Intel by clicking the button below
Related 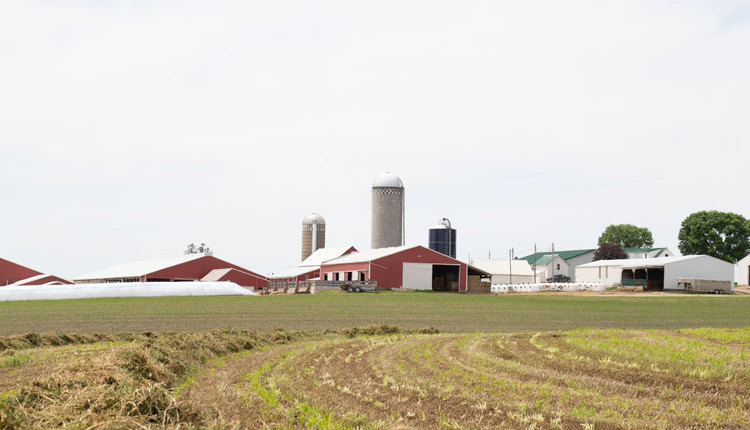