Udder inflammation may be a good thing 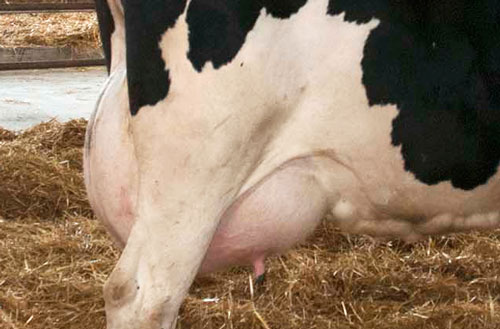 Typically, inflammation of any kind is considered to be a bad sign, a response to some sort of injury or disease. In the case of dairy cattle, inflammation of the udder is most often associated with mastitis.

Udder inflammation is also present a few days before and after calving. During this transition time, numerous metabolic diseases such as ketosis and fatty liver can also occur. Does swelling of the udder add to the disorders prevalent at calving?

The researchers initially thought that treating cows with anti-inflammatories after calving might alleviate some common fresh cow issues and help cows transition from gestation to lactation. Instead of preventing fatty liver, the results showed that by stopping the swelling, liver fat content rose and plasma glucose concentration in mature cows dropped. Both of these responses are often associated with early-lactation metabolic diseases.

The findings were published in the American Journal of Physiology. The role of inflammation in dairy cattle and other species has not been studied much, but these results suggest that inflammation may be advantageous or even necessary at some stages in life. Bradford and the research team plan to look deeper into this topic.