Another frigid winter on tap 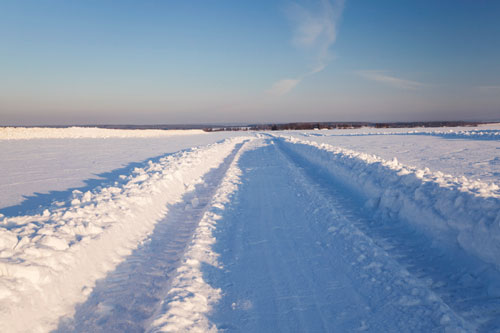 If you thought that we could put the term Polar Vortex behind us for a while, think again. If the Old Farmer's Almanac prediction for the winter rings true, most of the nation will be experiencing another cold one.

The New Hampshire-based almanac has been predicting weather for 223 years and forecasts a "super-cold" winter for the eastern two-thirds of the nation. Average high temperatures are estimated to be 3 to 5 degrees below normal for a large portion of the country. In addition to the cold, most of the Midwest and Northeast are expected to get normal to above normal snowfall.

Meanwhile, the West will remain a little warmer than normal, but no extended periods of above-normal temperatures are expected. And, despite some adequate precipitation this winter, the almanac says the California drought is likely to continue. It is also likely to be a rainy winter in Florida, but less precipitation is anticipated in the rest of the Southeast and Central states.

The Old Farmer's Almanac has about an 80 percent success rate in its annual forecasts. The almanac uses modern technology along with the formula that founder Robert Thomas devised in 1782, combining the study of sunspots, prevailing weather patterns and basic meteorology, to come up with its long-range forecasts.

Normally, the Old Farmer's Almanac hits bookshelves in mid-September, but this year's version became available last week. It coincides with the release of the Maine-based Farmers' Almanac, which also predicts a frigid winter for most of the nation (see map). The coldest outbreak of the season will come during the final week of January into the beginning of February, forecasts the Farmers' Almanac. No region will see prolonged spells of above-normal temperatures; only near the West and East Coasts will temperatures average close to normal.

National weather predictions are already forecasting the Polar Vortex will return for short, sporadic periods in September in the Northeast and Great Lakes region. This could certainly spell trouble for farmers in that area, as a late start to planting in the spring of 2014 means crops need extra time this fall to get to their full maturity.