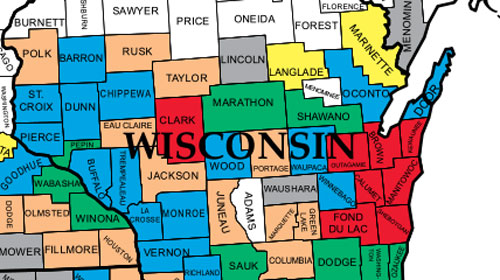 A group of six Wisconsin-based environmental groups filed a petition with the U.S. Environmental Protection Agency to investigate potential groundwater contamination in Kewaunee County, Wis. Those groups are asking the EPA to exercise emergency powers under the Safe Drinking Water Act to take action where it believes Wisconsin's Department of Natural Resources has failed to protect drinking water and properly regulate Concentrated Animal Feeding Operations.

We in the dairy industry have to take this as a real threat. However, we also must remember that no political party is holding back punches in an "all hands on deck" election year campaign for governor that has pitted Governor Scott Walker (R) versus Mary Burke (D).

The October 22 federal petition also makes a dozen references to EPA's action in Washington state's Yakima Valley. As those in the dairy industry know, there are lawsuits underway in that region against four dairy farm families that, if successful, will set an environmental precedent that potentially threatens the existence of every farm - dairy or otherwise - in the U.S. To read more on that situation, click here to download our January 10, 2014, article on that topic.

While there are some similarities to the Washington litigation, there are also some vast differences. Kewaunee County, located in northeast Wisconsin, just east of Green Bay, is part of the Niagara Escarpment. By that very nature, it has karst features with limestone rock formations covered with shallow topsoil. This sedimentary rock typically has cracks and sinkholes that require extra care when applying manure.

Also at play in this EPA filing is the fact that Kewaunee County is in the epicenter of Wisconsin's growing dairy industry. And no doubt, that is why the six Wisconsin environmental groups chose this area in which to base its petition. If you're going to attempt to make an environmental case, why not start there? Kewaunee County is part of a contiguous seven-county area that has as many cows per square mile as southern Idaho or California's Central Valley. In fact, those seven Wisconsin counties are home to 25 percent of the Badger State's dairy cows. Put another way, 9 percent of Wisconsin's counties house 25 percent of the dairy cows.

Bottom line, at issue is water quality. Nitrate levels and bacteria loads are both called into question by environmental groups filing the petition. Having grown up in the area and helping manage karst topography on our farm ground in a nearby county, I know firsthand the issues. That said, I also point out that the environmental petitioners make no mention of the great number of private wells in the Kewaunee area that have been there for a number of generations and are simply not deep enough to ensure high-quality water. We all share responsibility to ensure our own water quality as neighbors. That includes having wells that are up to standard.

That aside, to read the full EPA petition, you can download the 38-page document here. To say the least, this will be a potentially long battle where lawyers may be the only winners.

To read Lee Bergquist's article in the Milwaukee Journal Sentinel, Wisconsin's largest newspaper, follow this link. Please note, you many need to pay to read the entire article.