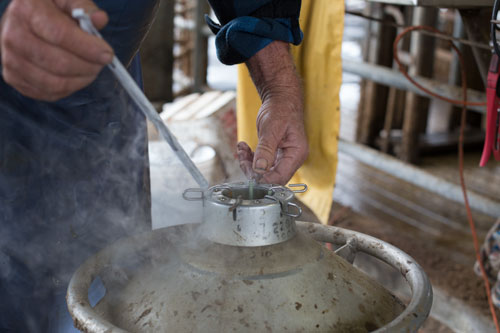 On Tuesday, December 2, genetic evaluations for cows and bulls will be released to the entire industry. While some shifting in predicted transmitting abilities (PTA) and indexes occurs at each run, this December's third set of evaluations for the year will have larger-than-normal adjustments. That's because the genetic base is being ratcheted down for the first time in five years to compensate for genetic progress. At the same time, the breeding goals are shifting in the industry, and that is being reflected in updates to genetic indexes. Here is the lowdown:
Progress on genetics for all breeds: Shifts in selection indexes: In next week's Hoard's Dairyman Intel, we will feature an electronic version of our bull list.

In the meantime, if you would like to learn more about the changes to the Net Merit formula, go to: http://aipl.arsusda.gov/reference/nmcalc-2014.htm.

For more on TPI, go to: http://www.holsteinusa.com/genetic_evaluations/ss_tpi_formula.html.

There doesn't appear to be online explanations for the other indexes. However, you can check out Chad Dechow's column in our December issue of Hoard's Dairyman to get the full details.