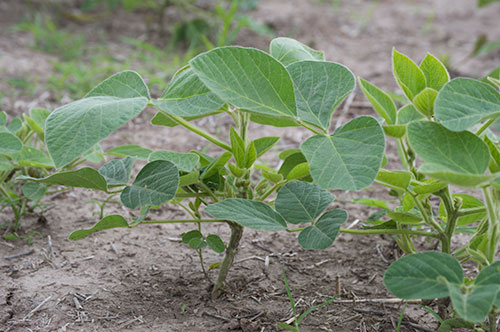 We all know that a Google search about GMOs and glyphosates will turn up an overwhelming number of negative websites as mentioned in the Hoard's Dairyman Intel, "Could glyphosate cause cancer?" These negative websites are carefully constructed to sound scientific and authoritative. Typically, they accomplish this facade by one of two devices.

Many use an M.D. as a spokesperson. This works well with much of the population since, for many people, M.D.s are all-knowing and anything any M.D. says must be correct.

The other technique used by negative websites is to present a long scientific-sounding essay, complete with a long list of references. Unlike actual scientific research reports and reviews, these apparently scientific essays always use words intended to persuade the reader to a particular point of view. Even if the reader misses the "spin" of the essay, a check of the authors' backgrounds and source of funding (as is stated in all actual scientific reports) usually reveals that the authors either are employed by or funded by a private organization that has a particular agenda to advance.

Glyphosate has toxicity in low concentrations to some forms of aquatic life. There is solid research that supports this view, and we must be aware that glyphosate discharge into surface water has potentially negative consequences, although like all considerations of toxicity, many factors determine if a particular release actually constitutes a toxic hazard.

Unfortunately, not all scientific research produces valid results. Occasionally, scientists who have the best intentions of finding new knowledge make honest mistakes. Those mistakes are not detected until typically years later, after other scientists attempt to build on the findings that were erroneously reported. More often, individuals with appropriate academic credentials, for whatever reason, use their scientific stature to advance some cause, even when that cause does not have a solid basis in science.

There have been several cases of reports being published that claim to demonstrate toxicity of Roundup, a commercially sold glyphosate product. One report tried to show a connection between glyphosate usage and a wide spectrum of human diseases. That report had apparently fabricated the data on which it was based, but the anti-Roundup groups find it convenient to cite a "scientific report published in a peer-reviewed journal" even though no reputable scientist familiar with the field would support that report today.

A second report claimed that, since Roundup applied directly to a culture of human cells in a laboratory culture dish killed the cells, Roundup must be toxic. This is a completely invalid experiment, as a much smaller amount of salt applied under the same conditions will also kill human cells. The individual who managed to get this report published had earlier managed to get a report published, that was later retracted by the publisher, that GMOs caused cancer in mice.

Again, the experiment was completely invalid because the strain of mouse used was a GMO mouse designed to develop cancer and is used extensively in cancer research - so the mice were going to develop cancer no matter what they were fed! (Even though this report was retracted by the publisher, it is still widely cited by anti-GMO groups that claim the report is valid and Monsanto forced the retraction.)

Roundup consists primarily of glyphosate and a surfactant whose purpose is to enable the glyphosate to penetrate the surface of the leaf. The surfactant is known as "polyethoxylated tallow amine" or POEA and may be more toxic to people than glyphosate.

Commercial concentrated Roundup consists of 41 percent glyphosate and 15 percent POEA, plus an array of other compounds that provide various physical properties needed to make the product usable. Based on cases of deliberate ingestion of Roundup, 85 grams (about 3 ounces) of concentrated Roundup will cause significant adverse effects in adults, and approximately 12 ounces would have a 50 percent chance of killing an adult.

But this level of toxicity does not justify banning the product. For comparison, the medical literature reports death of an adult after the consumption of approximately 2 ounces of table salt, and less than 1/2 ounce of table salt has been documented to kill young children.

So, the anti-Roundup movement survives in part because of a few cases in which the peer-review process in scientific publication broke down and grossly bad science got published.

The IARC (International Agency for Research on Cancer) declared glyphosate to be "probably carcinogenic" based on limited evidence (the IARC's own words) obtained by statistical studies of non-Hodgkin lymphoma in agricultural workers. Also, IARC decided that several reports of a correlation between glyphosate ingestion and cancer in laboratory animals were valid research studies.

One study that IARC relied on was a report that originally resulted in the EPA classifying glyphosates as "probably carcinogenic" in 1985. The EPA later re-evaluated that study and decided that it was not conclusive, and the EPA later reclassified glyphosate as noncarcinogenic to humans. It is of greater significance that there have not been a series of follow-up research efforts to understand the mechanism or extent of carcinogenicity of glyphosate.

Instead, one finds very few original research papers on the subject. A 2012 paper "Epidemiologic studies of glyphosate and cancer: a review" published by the journal Regulatory Toxicology and Pharmacology reviewed 21 research reports that investigated a causative connection between glyphosate and cancer, and found no consistent pattern in the results from these studies.

While I certainly have no inside knowledge of IARC's deliberations, and the IARC has not yet published its full report, I find the IARC's evaluation inconsistent with the published, well-executed scientific research on the topic. It is highly regrettable that IARC chose to produce "press releases" about its report prior to releasing the actual report. This behavior is consistent with those who are attempting to sway public opinion rather than simply report scientifically determined facts and conclusions.

I have reviewed the paper that provided the IARC with statistical studies of non-Hodgkin lymphoma in agricultural workers. This paper selected 44 previously published papers that had attempted to connect non-Hodgkin lymphoma to various agricultural chemicals. Seven of those papers specifically included glyphosates in their analysis. All seven of these original studies used data that was "self-reported" in response to interviewers' questions or printed questionnaires concerning previous exposure to the chemicals of interest.

While I have not read these seven papers yet, in general, self-reported data is notoriously unreliable. This would seem to be exaggerated here, as cancer victims are likely be inclined to blame some external agent for their situation, to the extent that they might believe that they really had contact with this or that compound, irrespective of reality. Of considerable concern to me is that the review paper describes a complex and highly subjective methodology used by the authors to select the papers on which they based their analysis.