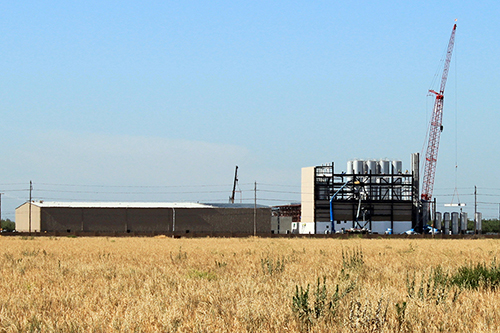 In a June 22 Intel item, the author posed the question, "Why is it so hard to reform dairy policy?" (June 22, 2015, Intel) The answer is quite simple: as in politics, "facts" are the discarded by-product in this discussion.

Using Hilmar Cheese as an example: Hilmar processes more than 12 million pounds of milk per day in California. A conservative estimate is that represents about 20 percent of the milk purchased for cheese in California (it's actually slightly higher than 20 percent).

California's Class 4b price, which is the legal obligation Hilmar has to pay for the milk they buy, averaged $1.96 per hundredweight below the Federal Order Class III price over the past three years. The dollar value of that regulated California Discount was more than $1.1 Billion.

Since Hilmar purchases about 20 percent of the Class 4b milk, the California system allowed them to pay their milk suppliers $220 million less than if California's Class 4b price was equal to the Federal Order Class III price ($1.1 Billion x 20 percent).

The author recently testified at a California Department of Food and Agriculture hearing and announced proudly that Hilmar had paid $120 million in over-order premiums to their milk suppliers over the past three years.

Let's look at what really happened. The State discounts Hilmar's regulated milk price by $220 million. They use $120 million in premiums to attract high-component milk. This milk can net the plant over $1 per cwt. due to increased cheese yields. They then pocket the extra $100 million in California Discount, and the $120 million from the increased yield, and invest those profits in Texas on a plant expansion. At the same time, during that testimony Hilmar witnesses claimed that they thought about investing the money in California, but the greedy producers asking for a hearing and a price adjustment just made it too risky. Too risky for whom?

Don't let the free market rhetoric from the author distract you. These manufacturers are confusing the public with a misconception that the regulated pricing system stifles innovation. When in fact the pricing system is the result of free market prices for butter, powder, cheese and whey. What the rhetoric is saying, the milk manufacturing plants want to pay less for milk. The only solution for California is to join the Federal Order. Not a deregulated pricing system that the author and his friends would love to have.