California is the nation’s top exporter 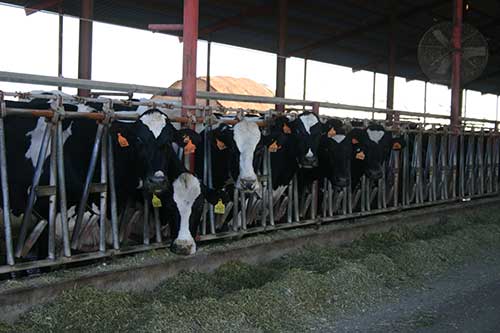 One day each week, every U.S. cow produces milk destined for a consumer outside of America's borders. While that statement is accurate, cows in California are working a little bit harder to fulfill those orders.

"Milk from California cows accounts for 40 percent of all U.S. dairy exports," John Talbot, CEO of the California Milk Advisory Board, told those attending the 77th annual meeting of the California Holstein Association. This 40 percent total represents an estimate calculated by the U.S. Dairy Export Council.

As for the Golden State itself, California consumers still purchase the largest portion of the state's dairy products, but that number almost gets divided into equal thirds.

"California produces 20 percent of the nation's milk," Talbot reminded the audience at the Modesto, Calif., gathering in late January. "Of that total, 36 percent stays in state, 34 percent gets purchased by consumers in other states, and 30 percent is exported. To supply this level of U.S. dairy exports, California cows actually work two out of seven days each week to fulfill international orders.

"The state's best international customer is Mexico, which purchases 37 percent of our export sales," Talbot went on to say.

As for the Asian market, which is a growing area for exports, China leads all sales. However, a number of countries in that region have become consistent customers.

Of course, with its proximity to Asian markets, California benefits with the lowest shipping costs to that region of any U.S. state. In fact, it's often cheaper to ship products to Asia than it is to ship products across the Rocky Mountains to reach East Coast markets.