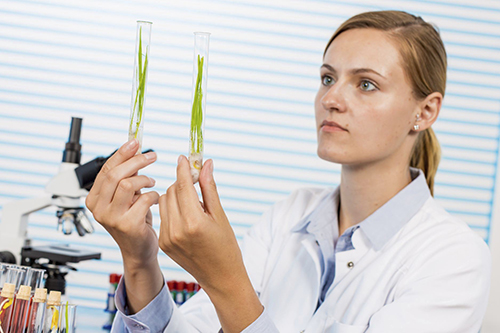 While reading the article "Trust experts - GMOs are safe to eat," this line caught my attention: "This is an emotional issue, though, and one that is not likely to just disappear."

It has always been an emotional issue, one that resembles the fear of witches, ghosts, and things going bump in the dark. As such, the type of person who has this fear is not going to be persuaded by anyone with knowledge in the field saying there is no problem. The fact that experts who actually work with GMOs and know anything about them say they are safe is only going to make the fearful even more sure in their fear because they believe that the scientists in the study, more than 50 of them, are in the pay of Monsanto.

I saw an article quoting something called Food & Water Watch going on about how the NRC (National Research Council) is in the pay of Monsanto and the rest of "Big Agriculture" and how they aren't to be trusted. Then they recommend that the solution to the problem is that the government defund the NRC entirely and let private industry fund it entirely.

Isaac Asimov had it right when he said, "There is a cult of ignorance in the United States, and there has always been. The strain of anti-intellectualism has been a constant thread winding its way through our political and cultural life, nurtured by the false notion that democracy means that ‘my ignorance is just as good as your knowledge.'" This cult of ignorance got its impetus during the Reagan administration when all regulatory decisions were made on the basis of politics and any scientific evidence was laughed at, and that cult is still going strong.