Mastering the fermentation cycle will lead to the best possible product for your herd.
A group of farmers and livestock producers gathered at the historic Hereth Farm outside Snohomish, Wash., to hear Washington State University (WSU) nutrient management specialist Joe Harrison and two western Washington livestock and forage farmers, Karl Hereth (Hereth Farm, Snohomish) and Bruce Gregory (Mitchell Bay Farm, Friday Harbor), present a workshop on the techniques and principles necessary to producing high-quality hay silage. Sponsored by WSU Snohomish County Extension, the workshop was one in a series developed to help the region's producers meet the challenge of providing livestock with cost-effective, high-quality feed. Following is a synopsis of the topic, questions, and answers covered during the workshop.

Round and rectangular bale silage is gaining steadily in popularity as a method of preserving a high-quality and palatable grass forage. In western Washington, with its abundant spring and early summer rains, making traditional hay before the 4th of July is a gamble at best. Since hay silage is baled with a higher moisture content and requires a smaller window of weather opportunity, more and more Pacific Northwest dairy and livestock producers are looking to this method of ensiling to help them start harvesting forage one to two months earlier.

For many dairy and beef operations, the large bales (1,500 to 2,500 pounds) are a good size for feeding, especially when utilizing a feeding ring to minimize waste. Since well-made hay silage is harvested at peak nutritional value, it can be a valuable addition to any dairy or livestock nutrition program. Given a choice, most livestock prefer hay silage to even premium alfalfa. The new systems that produce smaller bales (75 to 85 pounds) are perfect for small operations and feeding smaller livestock such as goats and sheep.

Hay silage production can also be another way for farmers to help pay the bills. With the rising cost of feed, several western Washington dairies have increased their hay silage production significantly, selling what they don't need to their neighbors.

It's a science . . .
The first day after baling and wrapping, the aerobic phase, what oxygen remains inside is rapidly consumed. As long as bale integrity is maintained to exclude oxygen from entering through punctures and tears, the anaerobic bacteria responsible for fermentation takeover, peaking within a week or less, and stabilizing at around two weeks. If a tear occurs, use duct tape to mend small holes, and set those bales aside to feed first.

During this same time, the pH drops rapidly providing the characteristic pickling effect desired as carbohydrates are consumed by the bacteria and excreted as acid. The type of acid resulting affects the quality of the end product, as well as its nutritive value significantly.

Homofermentative bacteria utilize a single sugar source, glucose, to make lactic acid. Lactic acid is the most desirable for silage production since it is the strongest and provides a high energy recovery factor as compared to other forms such as acetic acid. It helps reduce the pH quickly so the bales stabilize rapidly, preserving maximum nutrition. A pH of around 4 is considered good for an end result in hay silage fermentation.

Heterofermentative bacteria make use of two sugar resources (glucose and fructose) during the fermentation process. They provide a high-energy recovery factor during production of lactic acid but also produce a couple of alcohols: ethanol and mannitol. Acetic acid is another by-product with a strong vinegary-smelling hay silage signaling some nutritional loss.

Depending on the condition of the hay silage at baling, heterofermentative bacteria also produce carbon dioxide, resulting in a loss of nutritive value. How much is dictated by the maturity level of the grass when cut and how it was handled afterward.

Clostridial fermentation must be avoided at all costs since it results in an energy factor loss of up to 25 percent. It often occurs when hay silage is bagged too wet. Clostridia love moisture and thrive in very moist environments. Unfortunately, the by-products of clostridia bacteria include butyric acid, propionic acid, acetic acid, ammonia, and carbon dioxide.

Occasionally, yeast bacteria will take over a bale, resulting in a product high in ethanol and carbon dioxide but with no acids available to pickle and preserve the haylage.

Proper maturity is critical . . .
Forage maturity at harvest is the primary factor controlling the amount of nutrition available after fermentation. As plant cells mature, the cell walls - comprised of cellulose and lignin - thicken and reduce the amount of room available inside each cell for the highly digestible and nutritious cell contents: protein, sugar, starch, fat, and pectin. As the cell walls thicken, more of the digestible cellulose turns into indigestible lignin.

Studies conducted at WSU Puyallup on orchardgrass in the 1950s indicate that in the period between immature vegetative state and full bloom, dry matter digestibility can fall from 75 percent down to less than 55 percent. Even a delay of two weeks as the forage enters the boot stage can result in a 5 percent or more loss of dry matter digestibility. The best growers walk their fields frequently to ensure they harvest at optimum maturity.

Moisture content key to rapid fermentation. While there are differing opinions as to what the ideal moisture content should be at ensiling time, all agree that it's an important parameter. The drier the forage, the longer it takes for fermentation to start, leaving time for problems and undesirable bacteria to develop. Ranges between 45 to 60 percent moisture seem to give the best results.

Another negative effect of waiting too long between cutting and baling is a higher starting pH. Starting at a higher pH means more time until it lowers enough inside the bales to start fermentation and more opportunities for problems. When this can't be helped, using fermentation additives at baling time can help get the process kick-started. 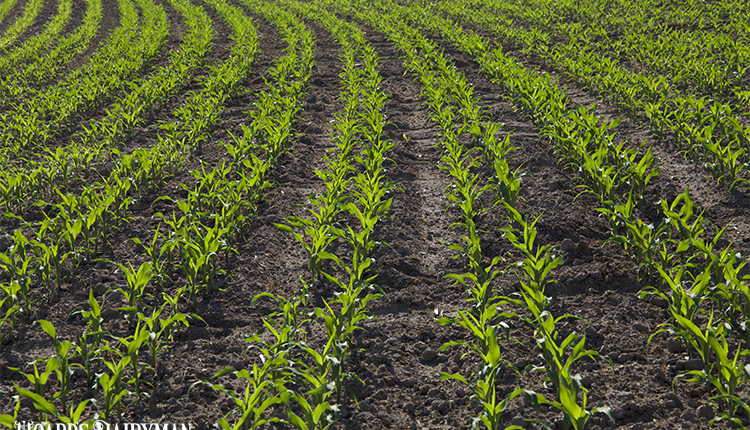