Past and present dairy safety nets 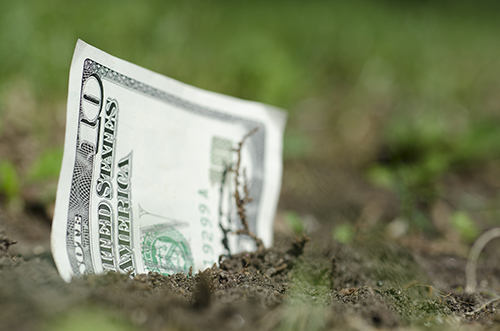 The dairy industry has had several price cycles over the last 15 years. We are past the bottom of our current trough and have started to work our way back toward profitability. Now might be a good time to consider safety net programs and their impact on farm profitability.

Milk Income Loss Contracts (MILC) were replaced with the new Margin Protection Program for Dairy (MPP-Dairy) when the farm bill was signed into law in 2014. If MILC had still been in place with the last price trigger, feed adjustor and percentage of payment that it had when the program expired, it would not have made any payments in 2015 and would have paid just 1.7 cents in February and 18.7 cents in June of 2016 on the first 2.4 million pounds of milk after the start date selected by the producer. A producer with monthly production of 2.4 million pounds who selected June as their start date would have averaged about 1.6 cents per hundredweight of payments from MILC throughout 2016.

Producers who are enrolled in the MPP-Dairy can now elect coverage and pay premiums for various levels up to an $8 margin. In 2015, there would only have been a very small payment made to producers who had bought coverage up at the $8 level. In 2016, there would have been payments at the $6 level and above, but given the cost of the MPP-Dairy premiums, the net benefit would have been at most less than 5 cents per hundredweight - somewhat better than MILC, but it required producer action to purchase higher coverage levels.

Congress altered the initial language of MPP-Dairy that would estimate the ration costs to produce 100 pounds of milk. They reduced the formula parameters to 90 percent of their original effectively indicating that they would cover the difference between the price of 100 pounds of milk and the cost of feed for 90 pounds of production. If that reduction had not been made, then the current MPP-Dairy margin would have averaged close to $1 lower and would have triggered many more payments all the way down to the $5 level of coverage.

The current program seems to have a reasonable mechanism for determining when dairy farms are in financial stress. But, perhaps there is room for discussion about trigger sensitivity and premium costs in the next farm bill debate.

Hoard's Dairyman Intel - Thursday
Why have protein prices been so high?
comments powered by Disqus