A new type of immigrant 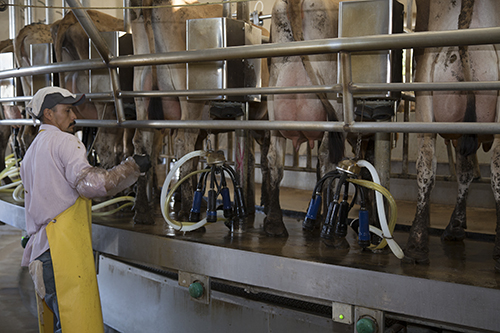 A decade ago, Latino immigrants, especially those from Mexico, were the most populous ethnicity looking for new opportunities in the United States.

According to census data from 2014, a sizeable shift has occurred with Chinese and Indian immigration outpacing immigration from Mexico in more than half of U.S. states. That is a stark contrast from 2005 when only seven states saw more Chinese immigrants than Mexican and only four saw more from India than Mexico.

An article in The Wall Street Journal highlighted these changes noting, "As recently as 2005, Mexico sent more than 10 times as many people to the U.S. as China, and more than six times as many as India."

While manual labor has been a steady career choice among Latino immigrants, the immigrants from Asia favor different types of jobs, such as those in technology fields.

The implications of these changes are notable for the dairy industry that has employed many Latino immigrants over the last decade.

In 2015, National Milk Producer's Federation (NMPF) data indicated that one-third of U.S. dairies employed immigrants. Those farms account for 80 percent of the milk produced in the U.S.

Additionally, immigrants made up 50 percent of the labor force on dairy farms. From 2009 to 2014, the NMPF data collected by Texas AgriLife Researchers at Texas A&M showed immigrant dairy workers grew by 35 percent or 20,000 workers.

Looking at the trends of immigration to this country, the labor pool for dairy producers can best be described as unsustainable. As Latino immigrant worker numbers continue to decline, the dairy industry will be forced to find alternatives to the dependence on that employee pool and look for ways to capitalize on technology and other available labor options.