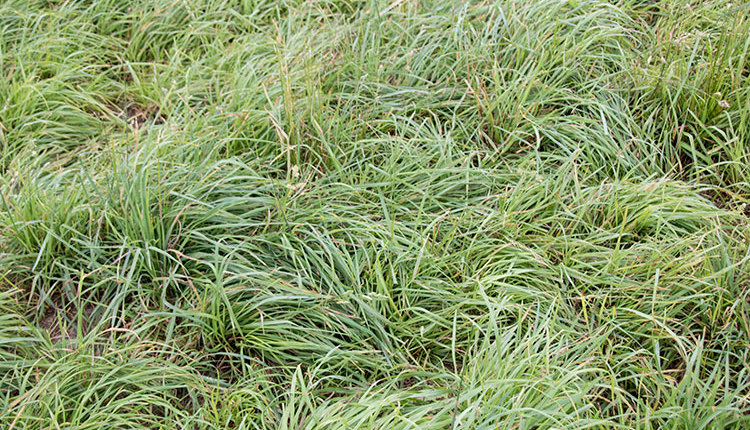 It’s been over five years since we covered the topic of cool-season grass management in this column. Specifying “cool-season” is important since there are warm-season grasses such as switchgrass and bluestem that are popular in parts of the U.S.

The species of cool-season grasses recommended by university forage specialists (and most commonly used by farmers) have changed over the years. This is due to variety improvements and changes in how farmers manage grasses. There is a wide range of cool-season grass species planted today, including perennial and Italian ryegrass, tall and meadow fescue, festulolium (cross between fescue and ryegrass), orchardgrass, reed canarygrass, and timothy. Some species are better suited to grazing while others work well in legume-grass mixtures.

An example of varietal improvement is reed canarygrass. The alkaloids in early varieties of reed canarygrass make it less palatable to livestock. About 40 years ago, this species became a better option with the release of low-alkaloid varieties, including Palaton and Venture.

Early growth is slow and seedlings can be injured by frost, but once established this species persists very well — sometimes for decades. Some Palaton reed canarygrass seeded in the 1980s at Miner Institute in Chazy, N.Y., is still productive. In fact, canarygrass is so persistent that it’s been declared a noxious weed in some states!

Farmer use of reed canarygrass grew moderately after the low alkaloid varieties were released, but in recent years it’s been replaced by other grass species, including endophyte-free tall fescue, which has comparable yield but higher forage quality. Today there’s new interest in improved versions of Italian ryegrass and meadow fescue as companion grasses in alfalfa-grass seedings.

Regardless of the species, there are three keys to successful grass management: nitrogen fertilization, timely harvest, and maintaining proper stubble height.

Nitrogen fertilization: Compared to alfalfa, a greater percentage of the annual yield of grass is in the first cut. Therefore, it’s critical to apply nitrogen (N) soon after the grass begins spring growth. Any of several N sources can be used, including urea, ammonium sulfate, and UAN.

Nitrogen applications for second and later harvests can be either as commercial nitrogen or manure. Manure can be applied at green up to supply N for the first crop, but fields are often too soft in early spring for this to be done without causing wheel damage. One application of dairy manure per year is all that grass fields usually need to maintain adequate phosphorus and potassium levels, but confirm nutrient status with a soil analysis. Manure application may also eliminate the need for sulfur fertilization. Dairy manure is a multivitamin for crops!

Harvest management: “When you see the head, the quality is dead.” For cool-season grasses to be “milk cow quality,” harvest them in the boot stage. Forage quality declines rapidly as grass heads out; segregate the forage from fields harvested after heading for feeding to heifers, dry cows, or cows in late lactation.

Planting grasses with a range of maturities is a good option if during most years first-cut grass harvest can’t be completed prior to heading. This can be accomplished by selecting early versus late-maturing varieties of both timothy and orchardgrass. However, for reed canarygrass and tall and meadow fescue, there’s little difference within species in heading date, so planting more than one species (in separate fields, obviously) would be necessary.

Stubble height: Alfalfa stores the nutrients needed for regrowth in its taproot, while grass stores nutrients in the bottom several inches of the stem. Following harvest, the cut alfalfa stems die, while grass regrows from its cut stems. Therefore, while alfalfa can be cut to a 2-inch stubble height with no impact on regrowth, it’s important to leave at least a 4-inch stubble on forage grasses.

Mowing established grasses to a shorter stubble height can result in reduced regrowth. This can be especially harmful to new grass seedings, in some cases resulting in stand loss.

Producing high-quality grass forages starts with choosing the best cool-season grass species and a variety that works with your system. Following establishment, apply fertilizer in a timely manner (with emphasis on nitrogen), aim to harvest in the boot growth stage, and leave at least a 4-inch stubble when cutting.