Are the MPP-Dairy premiums too costly? 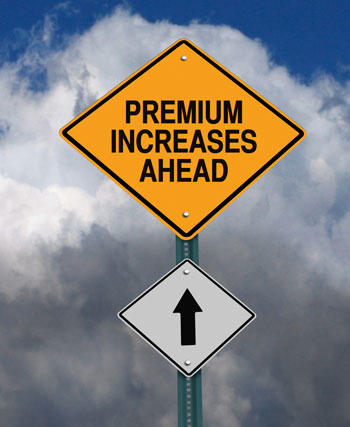 This is the last of three articles looking at major questions that can be asked of the Margin Protection Program for Dairy (MPP-Dairy). Initially, I looked at whether the margin mechanism is a good proxy for when farms are under financial distress in the article “Can we fix the Margin Protection Program?” I concluded that farm records showed the margin to be closely associated with farm profitability.

Finally, in this article, I am going to ask the question as to whether the MPP-Dairy premiums are too costly.

Crop insurance programs have been around for a couple of decades. The premiums paid for crop insurance have been explicitly subsidized depending on the level of protection desired. Roughly speaking, the average protection chosen by growers has been at a level that provides a subsidy payment of about 60 percent of the cost of the premium. The maximum coverage that a grower can purchase is about 85 percent of average revenues. The subsidy level for that coverage is about 38 percent of the cost of the premium.

If we applied these parameters to MPP-Dairy, we could see what would happen to the premium costs.

The average MPP-Dairy margin over the last decade is roughly $8.50, so 85 percent of that would be about $7.25. For the sake of round numbers, we might apply a 30 percent subsidy at the $7.50 level, 40 percent subsidy at the $7 level, 50 percent at $6.50, and 60 percent at $6. Below $5.50 would be considered catastrophic coverage (like crop insurance) and be free. The current premium costs and these suggested subsidies are shown in the table.

It is hard to know what producers would do if premiums were less expensive.

Last year, about 77 percent of farms enrolled in MPP-Dairy had chosen the catastrophic level of protection. If that remained the same, then those farms would have been covered at the $5.50 level in the subsidized premiums rather than the $4 level. Unfortunately, they still wouldn’t have received any indemnities, as the smallest two-month margin in 2016 was $5.76

There were about 5,500 farms that bought up to higher levels than catastrophic coverage last year. If I assume that these farms were willing to spend as much on premiums as they did last year, but now have subsidized costs, then they will be able to move up to higher levels of protection. In running those calculations, the net returns were better for producers than under the current formulas, but only marginally so.

There appears to be more sensitivity to altering the ration values of the MPP-Dairy than in subsidizing premium values at something like the crop insurance levels. For the 2016 year, the recalibration of feed costs has a much larger impact on net producer payments.

“Curd to counter” with Culver’s
By Mark Stephenson, Center for Dairy Profitability, UW-Madison