Even if unseen, mastitis occurs during the dry period

By Daryl Nydam, D.V.M.
The author is a veterinarian working for Quality Milk Production Services at Cornell University.

A lot of intramammary infections occur during the dry period even if we don’t see them as clinical mastitis. That situation quickly changes after calving when clinical mastitis reaches its pinnacle and observation allows us to find it. Clinical mastitis has a greater opportunity to wreak havoc during this transition period as negative energy balance follows and the cow is in a state of immune dysregulation.

This situation should double down our resolve to minimize intramammary infections. In order to achieve this outcome, both prevention of new infections and clearing of existing infections must occur.

Despite the challenges in udder health during the dry period, it also presents opportunity for mammary epithelial cells (MEC) to regress, proliferate, and differentiate. This rejuvenation also allows for the repair of previously damaged secretory cells and new ones to be built so that a cow’s full milk production potential can be realized from a healthy gland. When milk is no longer removed from the gland during the dry period, prolactin production diminishes, triggering programmed mammary epithelial cell death.

The first phase represents a risky period as the teat canal might remain open from intramammary pressure in the absence of good milking procedures. This creates an entry for new infections.

During the steady-state phase, the keratin plug blocking the teat orifice provides some protection against new intramammary infections. However, Canadian researchers estimated that 5 to 23 percent of teats have a long delay in keratin plug formation.

During colostrogenesis, mammary secretions dilute protective factors such as lactoferrin and active leukocytes. If there is a keratin plug, it begins to break down, leading to another risk period for greater bacterial invasion and colonization.

The mammary gland immune defense system is comprised of physical barriers such as:

The teat sphincter and keratin

After being stimulated by pathogens, the inflammatory defense system recruits blood leukocytes to the infected mammary gland to help clear the organism in most cases. However, changes in immune function influence intramammary cure rates.

Following parturition, cows experience a state of immune dysfunction leading to uncontrolled inflammation and both greater incidence and severity of infectious diseases. Higher nutritional demands brought on by lactation, in addition to dramatic changes in hormone profiles, are thought to regulate aspects of the immune response.

During pregnancy, the dam’s immune system is presented with two challenges: the growth of a fetus and response to invading pathogens. Highly inflammatory, cell-mediated responses needed to combat mastitis have been shown to be detrimental to the health of the fetus. That means the maternal immune system must be carefully regulated.

Though high-impact inflammatory responses appear to negatively impact pregnancy success, the original thought that the maternal immune system is suppressed and biased toward cell responses that tolerate the conceptus is an oversimplification of maternal immune tolerance. Maternal immune regulation during pregnancy in mammals is dynamic, and dairy cattle show varying responses to infectious agents in different stages of pregnancy.

Meanwhile, clinical signs of mastitis typically do not accompany infection within the dry period, not even intramammary infections caused by E. coli that typically elicit highly inflammatory responses in lactation. This suggests the relationship between maternal immune regulation and immune response in the nonlactating udder is complex.

There have been attempts to assist cows with their immune response by administering various products during the dry period. Recently, a commercially available bovine granulocyte colony stimulating factor preparation (pegbovigrastim) has been introduced to the dairy market globally. It is an immunomodulator of cytokines that has been shown to induce neutrophil production. The product also stimulates neutrophil’s natural activity in the face of pathogenic challenge, especially in the postpartum period. Research has also showed a reduction in clinical mastitis.

Modern cows produce more milk than those in our grandparents’ day. A recent Journal of Dairy Science manuscript modeled a 1975-era cow that might be dried off making about 22 pounds of milk, whereas a 2012-era cow might be abruptly dried off making over 55 pounds of milk. These authors suggest that abrupt dry-off and thereafter acute involution might not be in the best interest of a cow’s well-being under modern production circumstances as it might cause pain.

However, there are also welfare considerations to reducing milk production prior to dry day such as hunger achieved by feed restriction or frustration from not being milked achieved by reducing milking frequency. This amount of milk at dry-off is another challenge for preventing new infections around this time.

Likewise, there is an interaction between a cow’s nutritional status and its immune function. Micronutrients, especially vitamin E and selenium, have long been known to improve immune function.

At one time it was also thought that providing more dietary metabolizable energy in the dry period might enhance general immune function by limiting negative energy balance. These days it has been shown that not overfeeding dry cows has many metabolic benefits including controlling hyperketonemia.

Indeed, controlled energy dry cow diets have been shown to have many benefits to the health and productivity of today’s dairy cows. Tied into this notion has been immunosuppression caused by ketosis during early lactation, and that metabolic factor is believed to raise a cow’s susceptibility to mastitis. That situation is most likely directly caused by elevated concentration of beta-hydroxybutyrate (BHB).

The dairy industry is under pressure to prudently use antibiotics while not compromising economic and cow well-being. Through a combination of available management practices and diagnostic interventions, we can prevent new infections at dry-off and cure some of the existing ones.

In a future column, we will discuss if the selective use of antibiotics at dry-off represents a feasible opportunity. It is likely that dairies that already have achieved good udder health may want to consider working with their veterinarian to develop and implement a selective dry cow antibiotic program . . . but only after they have other important udder health considerations under control. 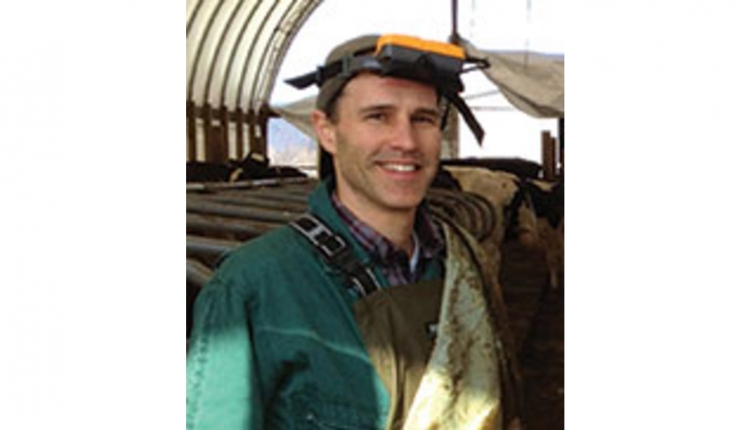 Features
No growth should equal no treatment 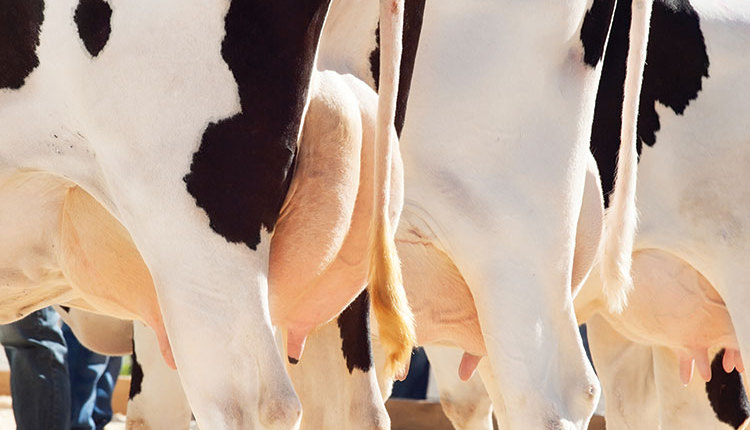