We can influence mammary growth

When we feed calves well, we are positively altering functional tissue in the mammary gland.

By Adam Geiger
The author received his Ph.D. at Virginia Tech in lactation physiology and dairy calf nutrition. He was formerly with Milk Products Inc. 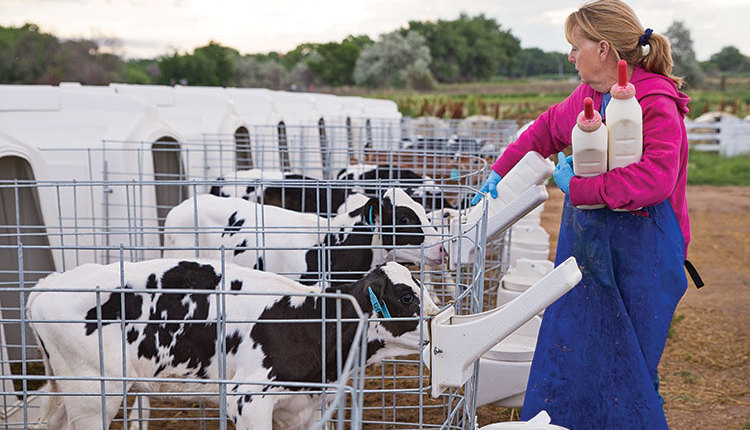 By feeding calves better nutrition early in life, we not only get a bigger calf, but mammary gland development is positively impacted, too.
Do we really have the opportunity to improve first-lactation milk yield with the decisions we make when the calf is still consuming milk or milk replacer?

In the last issue, it was made clear that the mammary gland is going through profound changes during the early life of the calf. In addition, it is well known that by feeding calves more to increase greater early gains, first-lactation milk yield can be impacted. Finally, it is also known that the preweaning period seems to be a sensitive window for nutrition to influence mammary development. Conversely, too great of gains during the postweaning phase of life have been shown to be detrimental.

There is conflicting data

What is happening to the mammary gland in early life as a result of feeding calves a higher plane of nutrition?

Efforts to answer this question began to surface roughly a decade ago. A series of studies occurred around this time that seemed to indicate that by feeding calves better in early life, we not only get a larger calf, but mammary gland development and characteristics are also influenced.

Some of this initial work indicated that when we fed calves more, the mammary gland was more than two times heavier when compared with calves fed less. Other work further indicated that when calves were fed for a higher rate of gain, the amount of functional tissue present was also greater.

During this time period, work out of Cornell was among the first to show that when we feed calves to achieve a higher rate of gain, cellular proliferation rate within the mammary parenchyma (the functional tissue) appeared to speed up. However, research from Michigan State indicated that cellular proliferation within the mammary parenchyma might decline when feeding a higher plane of nutrition. This is just one example of conflicting data that exists in regard to the impact of nutrition on early mammary growth.

A few years later, work out of Virginia Tech showed that feeding a higher plane of nutrition did not impact mammary parenchyma weights, but that mammary fat pad (the supportive tissue within the mammary gland) weights were increased. A lot of this growth in mass appeared to come from extra fat deposition resulting in a reduction in DNA and protein content within the fat pad.

Previous work assessing the influence of the preweaning diet on fat, protein, and DNA content within the functional tissue mass is conflicting. It is easy to hypothesize, though, that if parenchyma mass is increased, but all of that growth is due to fat accumulation, lactation benefits may not be realized down the road.

As the mammary gland develops

Our lab sought to find a link between early life nutrition, mammary growth, and future milk yield. To do this, we decided two drastically different diets needed to be fed and assessed. Therefore, calves were fed either a 20-20 (percentage of protein and fat) milk replacer (1 pound of powder per day) or a 28-25 milk replacer (2.5 pounds of powder per day) for eight weeks.

Our lab believed that when we fed calves better, we would essentially be programming the functional tissue within the mammary gland to better respond to internal stimuli. This programming may create conditions within the gland to allow it to develop more efficiently and further allow future milk yield to rise.

Our hope was that treatments this extreme in contrast may finally provide evidence in support of the influence of early life nutrition on the developing mammary gland and future milk yield. Similar to previous work, we found that when we fed calves a higher plane of nutrition, mammary gland weight was elevated by nearly half a pound.

Unfortunately, a heavier mammary gland does not tell us much. But what makes this growth in mammary weight interesting is the fact that both the mammary parenchyma and fat pad contributed to this additional mass. Mammary parenchyma weight rose by roughly 10 grams (sevenfold increase) and mammary fat pad weight jumped over a quarter of a pound (fivefold increase).

A 10-gram difference in functional tissue weight may not seem like much, but in context, it was like comparing a large marble to a bread tie above the teat. Knowing that the parenchyma is almost nonexistent at birth but rises by nearly 60-fold by Day 90 of life, a 10-gram change is quite astonishing and may be significant.

Growth in mammary tissue mass is irrelevant if beneficial tissue content is not elevated along with it or if only the nonfunctional tissue content is increased. When mammary fat pad weights went up, a corresponding bump in fat content was observed, similar to the results from Virginia Tech. However, a reduction in DNA within the mammary fat pad was not observed as it was in that previous study.

More importantly, fat, protein, and DNA content of the mammary parenchyma were not influenced when we fed calves better. What that means is we were able to achieve a jump in functional tissue mass, without altering its composition.

More tissue to work with

A lot of ground was just covered, so let’s summarize. The current research was able to replicate many aspects of previous studies. When a higher plane of nutrition was fed to calves, mammary gland size was greater. Most importantly, a large jump in functional tissue mass was observed along with it, and the composition of that functional tissue was not altered. What this implies is that by feeding calves better, we can impact the amount of functional tissue present in the mammary gland, and that the tissue appears to be normal in appearance and composition.

What we don’t know yet is how feeding a higher plane of nutrition yields more functional tissue. Is this increase in tissue a result of more cellular proliferation within the mammary parenchyma? Or, is this additional tissue due to impacts on nutrient partitioning or other cellular mechanism, and does this lead to an increase in future milk yield?

Our final installment in this series will dive deep into the physiology behind what may be connecting the dots between a better preweaning diet, more functional tissue mass in the mammary gland, and differences in future milk yield. This information will be quite scientific in nature but will hopefully give you confidence that feeding your calves better will pay dividends in the long run.

A legacy lives on
Features
Related to:
features, calves
In Dairy Calf & Heifer

Transition milk has untapped potential for calves
By Adam Geiger 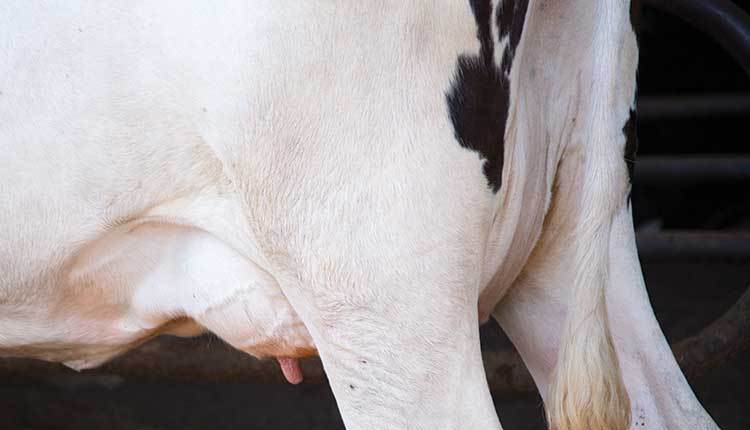 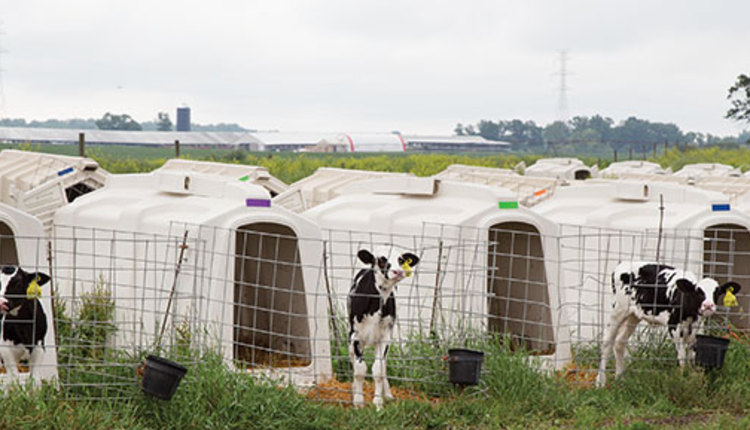