More groceries for the money 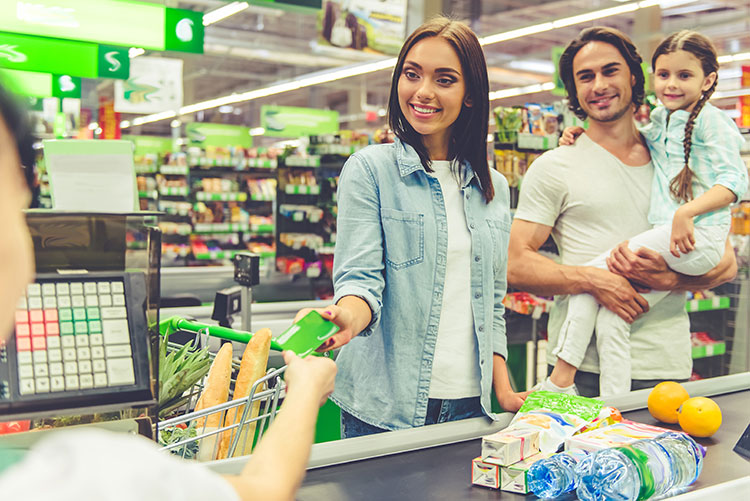 For the first time in 50 years, the price we pay for groceries has come down. USDA data shows that 2016 retail prices for food consumed at home fell 1.3 percent from the year before. The last time food prices were lower than they were in the previous year was 1967.

Over those five decades, retail food prices averaged a 4 percent growth rate per year. For a stretch in the 1970s, spikes as high as 16.4 percent were seen. On the other hand, much more modest increases of 0.5 and 0.3 percent were realized during the recession in 2009 and 2010.

Many factors contribute to this decline in retail food prices, including cost of production. Production costs are influenced by commodity inputs, transportation, and food processing expenses.

Foods like meat, eggs, and dairy were more plentiful in 2016, which in turn pushed prices downward. For example, retail egg prices spiked in 2015 due to an outbreak of Highly Pathogenic Avian Influenza (HPAI) that killed 11 percent of egg laying birds. Egg prices fell 21.1 percent for 2016 as bird numbers were replenished and the poultry industry recovered.

Meanwhile, low oil prices have reduced transportation costs. This has trickled down to retail food costs.

In addition, the strength of the U.S. dollar has made American foods less attractive to foreign markets. This leaves a larger supply of food to be consumed by domestic customers.

After eggs, meat saw the next greatest decline in retail price, at 4.4 percent. In that category, beef and veal dropped the furthest, down 6.3 percent. Dairy product prices fell 2.3 percent from the year before. 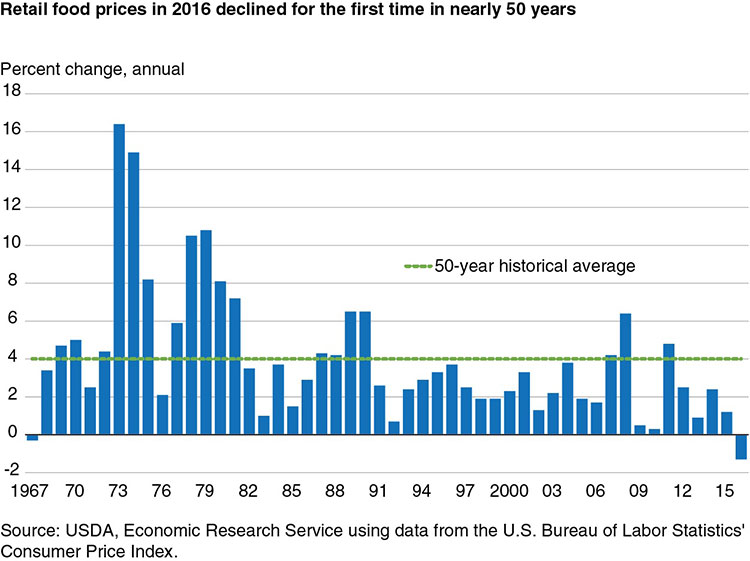