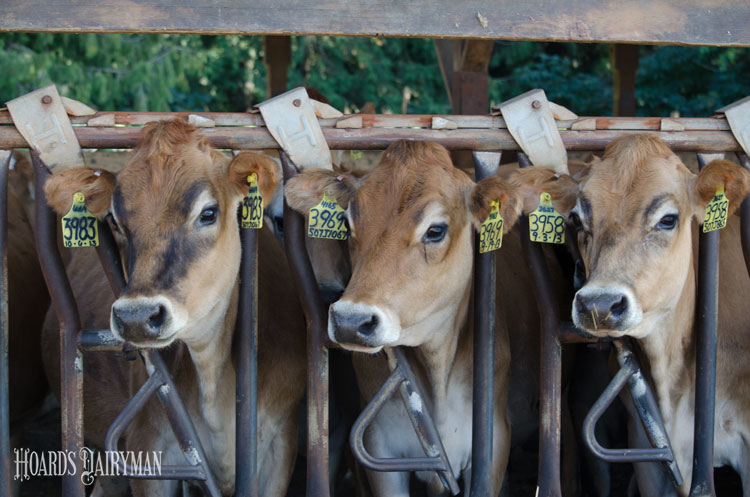 If you have taken a close look at the Jerseys included on the Hoard’s Dairyman Bull List following the past few sire summaries, you may have noticed a change. Last year, the American Jersey Cattle Association (AJCA) implemented the “Generation Count” recording system to identify animals that have either an unknown (or unregistered) Jersey ancestor or an ancestor from another breed within six generations.

To incorporate this added identification, a numerical suffix enclosed in brackets has been added to these animals’ registration names. For example, the top-ranked Jersey sire by Cheese Merit $ in the April proof was JX Faria Brothers Marlo {2}-ET. The {2} means that Marlo’s granddam or grandsire was either unknown or was not a purebred Jersey.

The Generation Count number is dropped when seven or more generations of ancestors are recorded by the AJCA. Those animals are considered to have Herd Register status. If an unknown animal or animal of another breed is introduced to an animal’s pedigree, the Generation Count will be reset at {1}.

To take it a step further, AJCA has also added the prefix of “JX” to animals that have one or more ancestors from another breed within the last six generations.

On the Hoard’s Dairyman Bull List, Generation Count is labeled as “*GC” and followed with a number that represents the number of generations from purebred Jersey lineage. Interestingly, if you look at the top 25 genomic sires on the April Hoard’s Dairyman Bull List (both ranked by Cheese Merit $ and Jersey Performance Index or JPI), you’ll see that every one of them comes with the marker *GC.
To comment, email your remarks to intel@hoards.com.
(c) Hoard's Dairyman Intel 2017
April 17, 2017
Subscribe to Hoard's Dairyman Intel by clicking the button below
Related