The do’s and don’ts for using repro technology 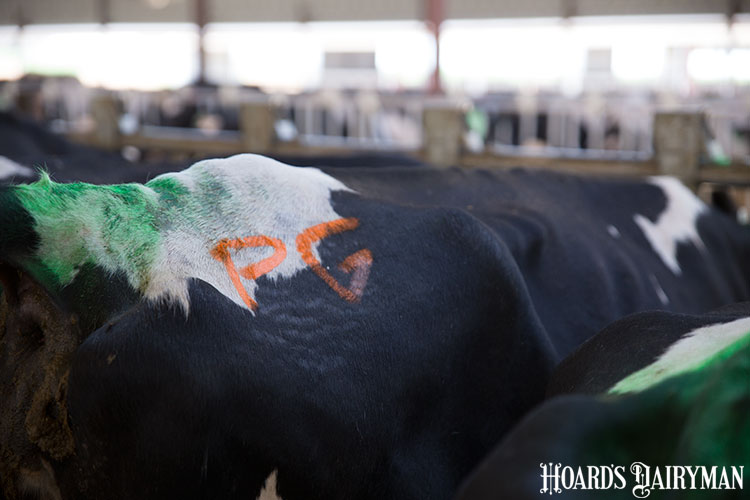 Since the mid-1990s when ovsynch first came on the scene, reproductive technologies have greatly expanded when it comes to cows getting safe in calf. With the University of Wisconsin’s Paul Fricke being at the epicenter of the ovsynch research, he discussed how to incorporate a variety of advancements onto the dairy farm. 1.Technologies for first insemination Do consider using a fertility program for A.I. Don’t rely on 100 percent detection of estrus for first A.I. “On average, one in four cows are not ovulating after the end of the voluntary waiting period (VWP),” said Fricke to those attending the 13th Western Dairy Management Conference. “That means a fertility program is important to get those cows cycling.” 2. Technologies for nonpregnancy diagnosis Do identify nonpregnant cows early after A.I. Don’t identify nonpregnant cows too early after A.I. The issue here is finding the right window to check for pregnancy status as early as possible, but not too early. Why? An extremely early diagnosis is not accurate. When early pregnancy loss occurs, the dead embryo stays in the uterus for up to 12 days, making it look like a pregnancy when it is actually not viable. This inflates the observed pregnancy loss. Rectal palpation, ultrasound, and testing for pregnancy-associated glycoproteins in milk or blood all work well to diagnose pregnancy or open status, stated Fricke. However, all pregnancy diagnoses 25 to 32 days postbreeding should be reconfirmed again due to embryonic death loss.

The vaccination mandate is gone. What’s next?
By Corey Geiger, Managing Editor