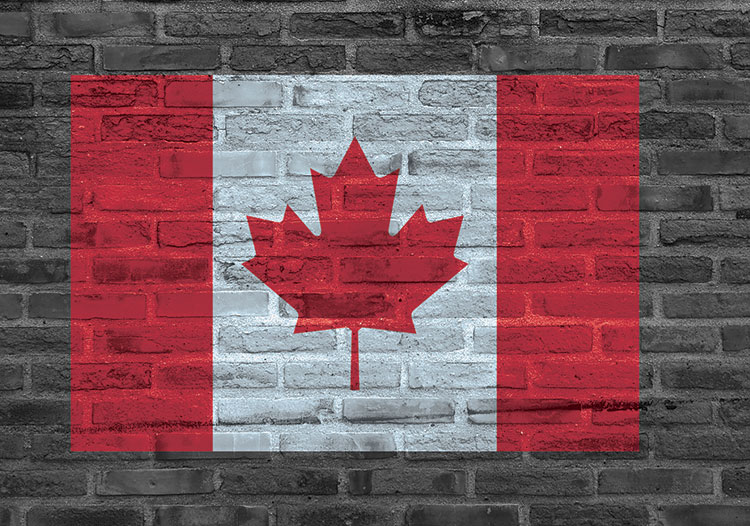 The U.S. is finding itself in the middle of an early and large spring milk flush. The last two years have seen the Northeast and the Upper Midwest grow production to the point that existing plant capacity is strained in those regions. Some cooperatives have resigned themselves to dumping milk because a processing home can’t be found in close enough proximity to justify the cost of transportation on a discounted sale. Now, we are feeling the impacts of another problem—lost sales of milk protein isolates (MPI) into Canada.

Protein isolates are a recent market opportunity that took advantage of unwritten product codes in what is otherwise a very tightly controlled dairy trade agreement. The original agreement, preceding NAFTA (North American Free Trade Agreement), was negotiated in 1987 when both the U.S. and Canada had highly protectionist dairy policies and quickly agreed to very limited trade of milk and dairy products. Moreover, the agreement did not anticipate dairy products that would become available as processing technologies created new opportunities.

One such product uses a technique called ultrafiltration (UF) by removing some water, lactose, and a portion of the minerals from skim milk. This creates a concentrated milk product that is well-suited to enhance the efficiency of cheesemaking. An advanced form of this technology allows the manufacturer to produce a very highly concentrated milk protein with no fat and very little other nonprotein solids.

Additionally, the Canadian government has an elaborate system that controls production in exchange for higher prices to their farmers. Meanwhile, Canadian cheesemakers have the capacity to produce more cheese and have markets for it, but they are constrained by how much milk they can buy from Canadian farmers. U.S. manufacturers discovered that they could sell milk protein isolates or MPIs to Canadian cheesemakers because the existing trade agreement did not cover the product (it didn’t exist in 1987 and as such wasn’t excluded). Moreover, because the shipping distance isn’t long, especially for New York, the MPIs can be shipped as a liquid, which eliminates the need to find dryer capacity.

Canada and its provinces reacted to defend their border from this invasion of U.S. milk ingredients. They have adjusted their system to allow their cheesemakers to buy the same kind of product sourced from Canadian milk at a competitive price. This has left two companies in New York and one company in Wisconsin with a significant amount of milk that now must find new markets at a time when other plants in the region are awash in milk.

Although the exact amount of milk is private information, it is believed that the volumes amount to about a million pounds per day in New York and about the same in Wisconsin. There is a much smaller volume that was coming out of Washington as well. These U.S. plants had grown their sales of milk isolates to our northern neighbors to a value of about $8 million to $10 million per month or $96 million to $120 million annually. Those sales are virtually eliminated under a new pricing system instituted by Ontario and other provincial pricing authorities.

Although there are some variations between provinces, the Canadian pricing system has aspects that look similar to classified milk pricing in the U.S. They determine minimum prices that processors must pay for milk depending on what the milk is used to make. And, like us, Canada pools the values paid for the various classes in each province so that producers receive something like a weighted average value. In the U.S. it’s called a blend price.

Ontario created a Class 7 that pertains to MPIs and set the price low enough to neutralize the cost advantage for U.S. manufacturers. Canadian dairy farmers are able to produce the milk that is required to displace the U.S. MPIs that were going to Canadian cheesemakers. Because Canada was actually experiencing a shortage of milkfat, all the additional milk components will find a home. The new class results in a lower “blend” price for Canadian farmers, but it will be a relatively small impact against the higher prices Canadian farmers get under their supply management system. In 2016, the annual average milk prices expressed in U.S. dollars per hundred pounds for Wisconsin, New York, and Canada were $16.74, $17, and $23.48, respectively.

Federal Milk Marketing Orders also establish minimum prices for milk based on the usage of the milk, but with an important distinction. U.S. milk prices are currently “discovered” with product price formulas. These formulas are based on the wholesale prices of products made in the U.S. Market forces, impacted by domestic supply and demand, as well as international market conditions, determine the wholesale price of our dairy products and thus our milk prices.

Class prices in Canada are determined by domestic conditions in a market where production is artificially restrained, with the exception that the new class price is determined solely by external “world market prices.” This may seem like a subtle difference but it is an important one. It ensures that one price is set to be competitive with world exporters but everything else is shielded from world markets.

A variation of this problem has existed before, but it was the U.S. farmer who was on the receiving end. In the 1970s, casein was exported to the U.S. because the product was not covered in our global trade agreement. In the 1990s, milk protein concentrate (MPC) powder was sold to the U.S. The dairy sector complained vigorously, but in the end the U.S. government decided it could not provide relief. Eventually, we learned how to make these products on our own, and when the Uruguay Round Agreement on Agriculture gave us a new trade agreement via the World Trade Organization, the U.S. began making products and competed with the rest of the world.

Canada also tried to get into the export game by creating an export class. Back in 1997, the U.S. and New Zealand challenged Canada, successfully arguing that the discounted price was essentially an export subsidy prohibited by the World Trade Organization (WTO). At that time, the U.S. calculated that Canada’s practices were costing American dairy farmers and processors about $35 million per year.

Even though Canada responded by saying that their program was at the provincial level and not a national program, the WTO Appellate Body ruled against Canada. The final ruling was made about four years later.

This time around, Canada may argue that it isn’t subsidizing exports but rather competitively pricing domestically sourced and used dairy products. A key consideration for WTO is that the new price applies to product sold in Canada, not just to exports. Canada will argue that this is not unlike a U.S. Class IV price that applies to all nonfat dry milk powder produced in the U.S., but which also facilitates a majority of our powder production going to foreign buyers.

The U.S. is likely to argue that our pricing system is not designed to manipulate exports or imports, whereas the new Canadian system was clearly designed to retaliate against a specific product imported from the U.S. If an appeal is taken to the WTO Appellate Body this time, a ruling may or may not be made in favor of the Canadian system. Moreover, by the time the WTO judicial system runs its course, the milk displaced by Canada’s MPI decision likely will have found a permanent new home.

Of course this also reminds us that President Trump has promised to revisit NAFTA and our trade relations with Canada and Mexico. This would seem to fit right into that agenda. Unfortunately, the trade discussion has not begun in earnest. The chief negotiator for the U.S. is typically the U.S. Special Trade Representative. This position has yet to be filled by President Trump, and until it is, it is unlikely that serious, specific trade negotiations will begin. Moreover, recent indications from the President suggest that he may be moderating his tone with our neighbors. Any discussion to change our trade rules with Canada will be difficult in any event.

Four years from now our current spring flush will be long gone and markets will have adjusted to accommodate changes like this unfolding situation. But abrupt changes in rules have consequences. Some analysts would argue that this may be the beginning of a realization in Canada that their highly protectionist system can’t survive in a growing global economy. It took about 30 years of resisting open markets before the U.S. changed it’s philosophy. For the most part, the U.S. is now doing very well.

Some U.S. dairy farmers, and perhaps even processors, caught in the crossfire of this current dispute may not survive — not necessarily because they weren’t competitive, but they were in the wrong place at the wrong time. If so, it won’t be because we can’t compete in world markets, but rather because our neighbor won’t let us compete freely in their market.