Can the U.S. learn from Europe’s growing regs?

A proactive approach could better educate consumers on animal care and the environment. Failure to do so will lead to more regulations.

By Peter Callan
The author is employed by Virginia Tech as a regional extension agent specializing in farm business management based in Culpeper, Va.

The agricultural community could benefit greatly from defining itself in a positive light.

In the Netherlands, 78 percent of the Dutch dairy farms utilize grazing. Farmers indicated they fear declining public support for the dairy industry if farms do not include grazing as a practice on their farms.

That was just an observation made while attending the International Dairy Federation World Dairy Summit held in Rotterdam, Netherlands, this past October. Over 1,200 participants from every inhabited continent attended, including many heads of government agencies, research institutes, and national dairy organizations . . . 7 percent were dairy farmers . . . few were American. Presentations addressed a wide range of topics of importance to the dairy industry that included animal welfare, food safety, economics, nutrition, marketing, environmental challenges, and sustainability. Not surprisingly, the issue of animal welfare was a “hot” topic of great interest.

A number of European participants stated it was their opinion that animal rights and environmental activist groups in Europe influenced the European Union to pass legislation impacting management practices on farms. Off-the-record comments supported a widespread reluctance among European dairy producers to challenge animal rights speakers regarding the validity of their presentations and information. Retaliation tactics to destroy the credibility of challengers are employed to preserve funding sources.

Of note, the American Humane Association included a video on a 100-cow grazing dairy in California, which is not representative of the large freestall operations in the state where the average herd size is over 1,200 per herd. However, no one in the predominantly European audience challenged the speaker by suggesting that a 100-cow grazing dairy operation did not represent the typical California dairy farm.

No compliance, no milk sales

In 2016, the Annual Nutrient Cycling Assessment (ANCA) model was implemented in the Dutch dairy sector. The speaker stated that leaders of milk producers’ organizations, the farmers’ union, feed suppliers, and farm accountants signed on to the ANCA model making it mandatory for all Dutch farms. Beginning in January 2017, the penalty for noncompliance on a particular farm means milk cooperatives will not buy that farm’s milk.

The inputs for the ANCA model is milk produced per cow, manure, animals, and land. A national database aggregates inputs and outputs for each farm per year. Follow-up includes the potential for motivational calls. “The goal of the ANCA model is to produce more milk and pollute less.”

The ANCA model calculates these outputs:

Further, perplexing contradictions exist in government regulations. The European Union passed legislation that bans the planting of genetically modified (GMO) seeds for human and animal consumption. However, dairy farmers are allowed to feed soybean meal imported from the U.S. or South America that comes from GMO crops. No doubt, feed costs are a source sensitive issue.

The compulsory compliance of Dutch dairy farmers to the ANCA model provides an important lesson to American agriculture. As succeeding generations have become more removed from the experience of their farming ancestors, a large disconnect has emerged between the nostalgic vision of the Old MacDonald family farm and realities of large, technology driven, commercial farms.

Similar to European animal rights and environmental groups, their U.S. counterparts tend to portray the latter as “industrialized” agriculture, both harmful to animals and the environment. At the same time, there is a growing trend in the United States for consumers to know where and how their food is produced, and that proper care is being given to farm animals and the land. An immediate and proactive response by America’s agricultural community would provide opportunity to shape future legislation and cultural beliefs. The question is, “How might this best be accomplished?”

A multi-focal collaboration between leading farm organizations and agribusinesses to develop creative and comprehensive strategies might be a starting point. Careful planning and involvement of many groups is a prerequisite. The American agricultural community must immediately consider undertaking a social media campaign and public education program detailing the story of production agriculture in America throughout time . . . the good, the bad, and the ugly as well as the resultant improvements and future directions.

Bottom line: The agricultural community needs to proactively define itself in a positive, plausible light. Otherwise, environmental and animal rights groups will seek to define commercial or “industrialized” farms in a negative way by spreading incorrect/vested interest information about the operation of commercial farms.

Failure to improve consumer-agriculture relations in America could have serious consequences. One need only look back to the poultry industry’s experience in California. In 2008, animal rights and environmental groups conducted an extensive campaign in California that resulted in legislation mandating minimum living space for egg-laying chickens.

The first law, called Proposition 2, requires the space allocated for every egg-laying chicken in California to be increased by nearly 70 percent.

The other regulation, AB 1437, bans the sale of eggs from chickens in small “battery cages” in California altogether. Battery cages account for nearly 90 percent of the American egg supply.

Both of these laws became effective January 1, 2015. Thus, only “cage free” eggs can be sold in California stores, and not surprisingly they are considerably more expensive than eggs produced using conventional production systems. Legislation similar to the ANCA model, which is supported by animal rights and environmental groups, could be imposed on livestock farms in the U.S. under a future administration in Washington.

The agricultural community still has time to conduct an extensive campaign to influence public opinion regarding the positive merits of implementing the latest technology to preserve the environment and improve animal welfare on commercial farms. Otherwise, animal rights and environmental groups will promote and encourage the public to approve the passage of legislation that will restrict the activities of commercial farms. We have to look no further than California and Europe to know this is true.

Around the Kitchen Table: January 10, 2020
Features 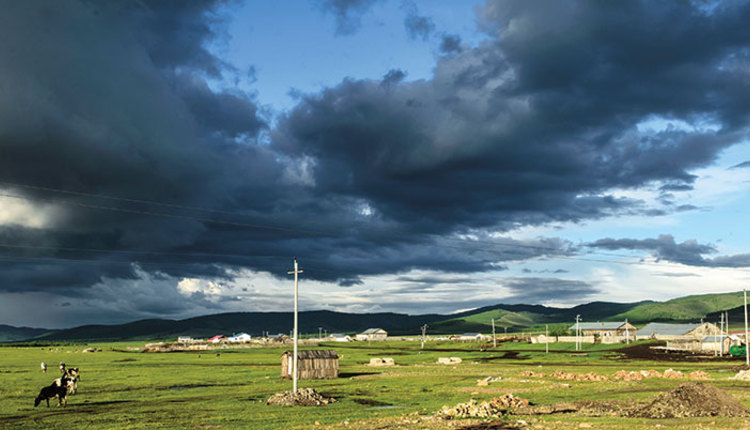