Feed testing most important to dairy 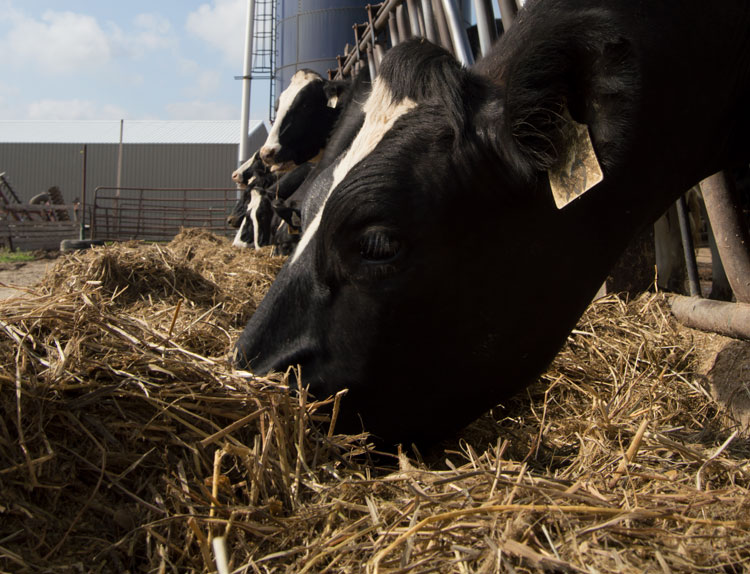 Those with feeding dairy cows and exporting hay outside the United States make the greatest use of feed testing services, according to a survey by Utah State’s Allen Young and Idaho-based Jerald Severe. In fact, 100 percent of respondents with dairy or export interests reported using feed laboratories. After those two groups, 60 percent of retail feed outlets, 47 percent of those with beef cattle and 46 percent with equine, also used feed analysis. In all, 161 of the surveys sent to 308 members of a trade organization were returned to compile the survey data.

Respondents reconfirmed the preferred feed sampling method. Preference for NIR or near-infrared was due to turnaround time and 47 percent indicated NIR was the test of choice. Meanwhile, 21 percent of those surveyed said wet chemistry was the preferred test chiefly due to accuracy. The remaining 32 percent indicated no preference. For dairy and feed exporters, NIR is evolving into the preferred method of analysis.

Certification and reputation top attributes
While there were a number of reasons people chose a specific lab, National Forage Testing Association (NFTA) or some other level of certification, along with laboratory reputation, topped the charts for lab selection. Sample turn around time and associated costs were additional attributes Young and Severe shared with those attending the 111th American Dairy Science Association annual meeting held in Pittsburgh, Pa., in late June.

Chief among concerns for those submitting feed samples was performance or actual sample results, as 50 percent indicated that was an area of concern. And 49 percent reported financial loss due to feed analysis concerns. Overall, 35 percent indicated harm to business relationships from feed analysis issues. That makes lab selection that much more important.

While there were some 144 feed laboratories identified in the project, Young and Severe determined that three laboratories run the grand majority of the samples. Of those 144 aforementioned labs, 67 percent were certified by NFTA.