Cows could unlock the key to prevent AIDS 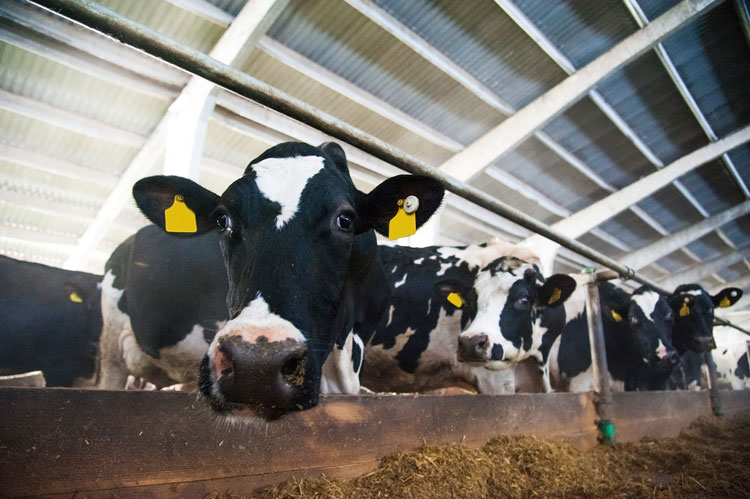 For years, scientists have been trying unsuccessfully to create a vaccine against human immunodeficiency virus or HIV, the virus that causes AIDS. One of the biggest hurdles researchers face is that many infected people do not efficiently make antibodies against the virus.

Only 20 percent of people who are infected with HIV produce broadly neutralizing antibodies (bNAbs), the naturally occurring antibodies that can defend a cell against HIV. And unfortunately, production in these individuals typically doesn’t start until two years after infection.

Scientists have not yet found a way to induce the creation of bNAbs in humans. Interestingly, though, it has been discovered that the immune system of a cow can produce unique antibodies against HIV.

Even though cattle cannot get HIV, calves injected with immunogens to elicit an immune response developed bNAbs against HIV in their blood very quickly. This research study, conducted by Scripps Research Institute, the International AIDS Vaccine Initiative (IAVI), and Texas A&M University, found that the calves produced bNAbs just one to two months after being exposed.

These findings, recently published in the journal Nature, are a step in the right direction toward finding a way to mimic formation of these antibodies in humans. Someday, that will hopefully unearth a successful vaccination against HIV.
To comment, email your remarks to intel@hoards.com.
© Hoard's Dairyman Intel 2017
August 7, 2017
Subscribe to Hoard's Dairyman Intel by clicking the button below
Related