Whether you are farming 250 acres or cropping 1,000-plus acres, production costs ranged by a mere 10 cents per bushel for those crop farms throughout the Heartland. That’s according to recent research by the University of Illinois’ Carl Zulauf detailed in his paper, “Comparing Economies of size: Milk vs. Field Crops." 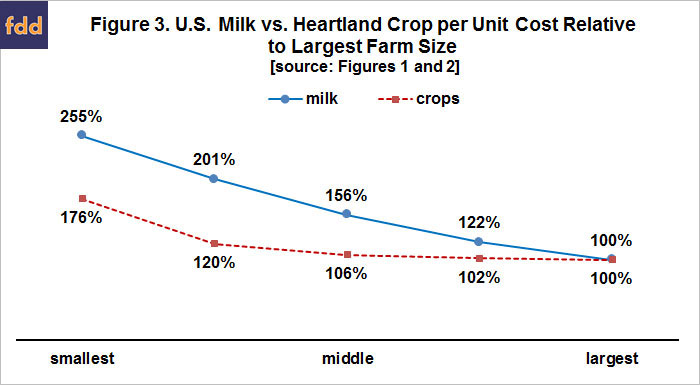 “There are much larger economies of size for milk . . .” wrote Zulauf. “For example, cost is 22 percentage points higher for the second largest than the largest dairy farms. In stark contrast, cost for the second smallest crop farms is only 20 percentage points higher than the cost for the largest crop farm,” he went on to explain. See the figure.

Overall, costs of production for the dairy farm categories in 2012 were as follows: