A seat at the President’s table

A Michigan dairy farmer welcomed the chance to discuss agriculture with the President of the United States. 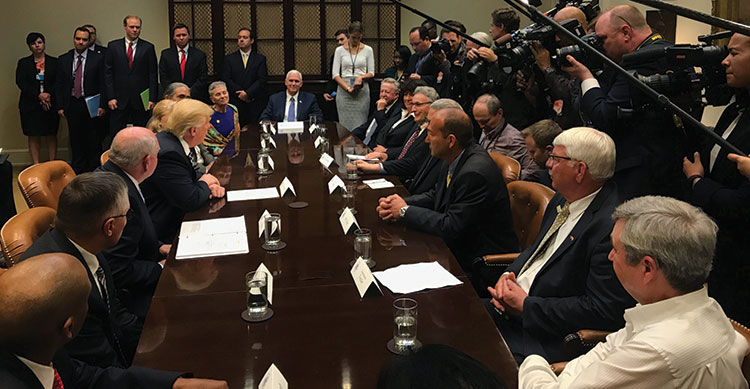 Hank Choate had the chance of a lifetime to meet with 13 other farmers, President Donald Trump, and Secretary of Agriculture Sonny Perdue to discuss the needs of agriculture.
When dairyman Hank Choate saw the “unavailable” number pop up on his cell phone screen late one Thursday afternoon in April, he assumed it was not a call he wanted to take. At the last second, he changed his mind and answered.

The voice on the other end said, “My name is Ray Starling, and I would like to invite you to Washington, D.C., to participate in a conversation with the President of the United States on Tuesday.”

An honor and privilege

Choate found himself a little skeptical at first, but he soon confirmed that Starling, special assistant to the President for Agriculture, Trade, and Food Assistance, was serious. Starling was asking him and 13 other farmers to participate in a meeting with President Donald Trump and Secretary of Agriculture Sonny Perdue.

They were specifically looking for someone from Michigan because the state had switched to a Republican vote in the election for the first time in many years. The Cement City, Mich., native’s name came up as he is involved with the state’s Republican party and is also very active with several agriculture groups in the state.

Choate made plans and traveled to Washington, D.C., a few days later. The 14 farmers gathered on Monday evening to get acquainted and determine what topics to discuss. The group consisted of individuals from around the country involved in a wide array of agricultural enterprises. In the end, they decided to focus the conversation on labor, immigration, trade, regulatory reform, and infrastructure.

At first Choate was excited about the opportunity, but soon “the weight across my shoulders felt pretty heavy,” he said, as they only had about 45 minutes scheduled with President Trump. “How do we discuss these topics in a manner so the President understands the significance of our requests?” he asked.

Fortunately, everyone in the group did their homework beforehand, and they were able to put it all together and come up with a game plan. With that preparation in place, Choate was ready to meet President Trump.

“I felt comfortable sitting 7 feet across the table from the President of the United States, with no sense of apprehension whatsoever,” he said. “It was an honor and a privilege to be one of the 14 to be a voice of agriculture and sit down with the President.”

During the meeting, each individual had a few minutes to talk. When it came time for Choate to speak, he thanked the President for the opportunity to talk with him and extended an offer to help formulate solutions. Choate shared, “The President replied, ‘We will stay in touch with you.’”

Choate walked away feeling like it was a productive meeting that will achieve many great things for U.S. agriculture. “President Trump knows what will strengthen agriculture will strengthen rural America,” Choate noted. “I truly believe he has a plan for the whole United States.”

A desire for cow comfort

Choate said he was puzzled why he was chosen to meet with President Trump, but his involvement with the state’s Republican Party and agriculture organizations made him a worthy candidate. He’s also a successful dairyman who knew he wanted to be a farmer since he was a young child playing in the sandbox.

The Choates’ family farm was homesteaded nearly 200 years ago, in 1837. Hank and his brother, Randy, bought the farm from a cousin in 1995 and added it to their main farm which has also been in the family for more than 100 years.

Today, Choate’s Belly Acres is owned in a partnership between Hank and Randy, Hank’s son, Levi, and Randy’s son, Rick. They have seven employees, including Andrew Reinker. Reinker has worked at the dairy since he got his driver’s license at 16, and Hank said, “He is a very key player in our operation.” Several employees have been with the farm for more than 10 years.

The Choates own 750 acres, and with rented ground, run about 2,000 total tillable acres located in three counties. About two-thirds of their revenue comes from the dairy and the other one-third from the sale of cash crops.

When they first built the freestall barn in 1990, they put mattresses in the stalls. For more than a decade, Hank said they looked for a bedding material that would work with their alley scrapers and give cows the comfort they desired, but “We were never able to achieve the level of production we believed we were capable of,” he said.

Their veterinarian suggested sand and pointed to a study from the Miner Institute that showed cows on sand laid down 15 to 20 minutes earlier. Soon, they were tearing out the mattresses and switched to a sand base. The results were remarkable. “In 18 months, we gained 5,000 pounds in yearly rolling herd average per cow,” Choate shared.

Sand doesn’t come without its challenges, though. “Sand is very forgiving for cows to lie down on, but it’s difficult on equipment,” he said. Before long, their alley scrapers and manure storage system needed updates and repairs.

There are a few aspects they might change, but overall Choate says they have been relatively pleased with the sand lanes. “The concept has worked quite well for us.” He figures they reclaim 90 to 93 percent of the bedding.

The recycled sand bedding led to a few milk quality issues initially, but Reinker said once they revisited udder preparation, somatic cell count went down quite a bit.

Choate’s Belly Acres installed sand lanes three years ago. Alley scrapers push manure out of the barns. The sand and manure are flushed through the lanes. The collected sand is piled out on a concrete slab to dry before being used again as recycled bedding.

Sand not only improved the lying surfaces; Choate explained that it added grit and improved traction in the barn as well. This, in turn, led cows to express heats much better. “Our current reproduction situation is excellent,” he said, and better expression of heat is part of that.

Another factor is attention to detail. Two years ago, Choate said they were struggling with protocol compliance in the areas of synchronization and calving protocols. At that point, Reinker became much more involved with the herd management side of the farm. “Many factors contributed to the current production and reproduction levels, and Andrew is one of them,” Choate said.

Reinker explained that services per conception are less than two now, where it used to be four. They are also down to a 383-day calving interval. He credits commitment to synchronization protocols. “Every cow needs every shot,” he said.

The herd is also outdoing itself in milk production. The current seven-day average is 103 pounds per cow on 3x milking, even in hot and humid weather.

Cow groupings in the freestall barn also make a difference. All 2-year-olds are kept in one pen, while fresh cows also have their own pen. “The 2-year-olds do so much better without competition,” Reinker said. “We also try not to overcrowd the fresh cow group.”

The fact that their barn is built on a hill means it always has a nice breeze and good ventilation that further improves cow comfort. Reinker also pointed to new LED (light-emitting diode) lights that caused a boost in milk production.

“It’s the sum of all the little details that you work on that gives you your achieved outcome,” Choate said. “All members of our team have contributed to the operation’s improvement.”

Always striving to be better, Choate knows there is still room for improvement. Now that they have become more efficient with breeding, they have stepped up their sire selection. “With good reproduction, we are willing to invest more money in high-dollar bulls with greater genetic capacity,” he said.

Reinker agreed, noting that they now use better bulls on young cows. “They are the best genetics we have, why not put some of the best in them?” he asked.

Their reproductive efficiency has led to a surplus of heifers, so they recently started genomic testing. They want to identify their top tier animals to breed to gender sorted semen. Meanwhile, they may also use genomics to identify less genetically desirable animals to sell. “This will help us capitalize on genetics and greater accelerate the genetic potential in our herd,” Choate said.

“We’re a commercial dairy herd,” he explained further. “We have to do what we can within the confines of economics to improve margins and become more efficient where we can.”

Choate credits his parents for instilling critical thinking skills in him and his siblings. “They always told us to look at the greater picture, not through a narrow lens,” he said.

His parents also encouraged their children to see the humor in life, right down to the farm’s name. Choate explained that his Dad always said if the farm was going to have a name, he wanted to be called the bellyachers, so he and his siblings bought a farm sign with Choate’s Belly Acres on it and the name stuck.

His dad’s motto was “Don’t come bellyaching unless you have a suggested solution.” Choate said he tries to instill that philosophy in his children and other people through his involvement with dairy organizations.

Choate is serious about the dairy industry, but he also takes time to enjoy it. “Life is meant to be a little fun,” he said.

His commitment to agriculture, experience as a dairy farmer, and involvement beyond the farm made Choate an excellent candidate to speak with President Trump and represent dairymen and women across the country.

“Again, it was an honor and a privilege,” Choate said. “I hope I was part of the voice that got the attention of the President that, in turn, will lead to productive change.” 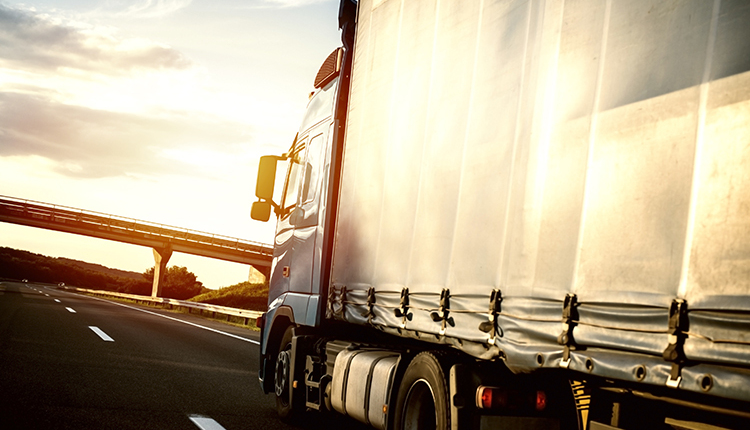