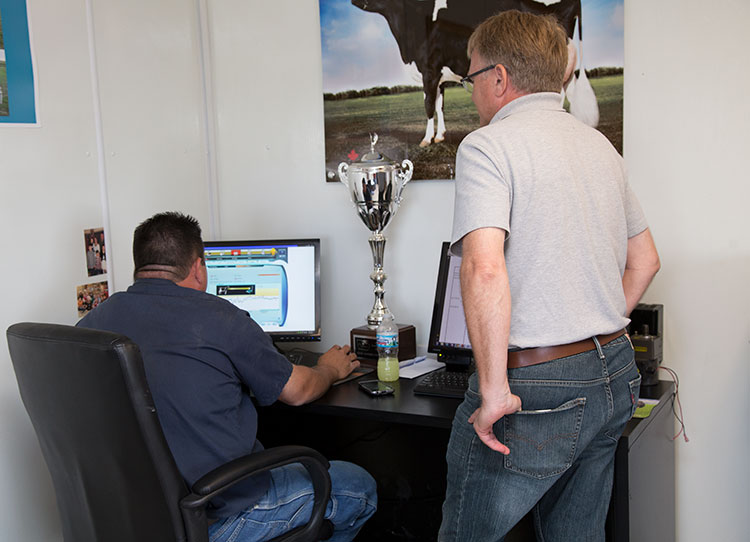 Conversations with even just a few dairy farmers from across the country quickly identify data management as one of the largest on-farm issues. A different program exists for tracking activity, rumination, milk weights, genomics, or milk and feed prices. None of those programs seem to talk easily to one another or the herd management software.

The University of Wisconsin-Madison has set out in an attempt to design a “virtual dairy farm brain” that the multidisciplinary group says will “collect and integrate all of a farm’s data streams in real time and then use artificial intelligence to analyze those data to help farmers make better management decisions.”

They are currently streaming data on 4,000 cows in three Wisconsin herds that generate data on pounds of feed consumed, pounds of milk produced, rumination data, internal temperature, and genomic tests. They are also trying to integrate weather and prices of milk and feed.

Cabrera says the goal will be to use artificial intelligence to predict outcomes of different management options and one day hopefully develop technology that will mimic the thinking of good dairy managers to make decisions on-farm.

For producers who continually struggle to manage the wealth of dairy data available today, the promise of an integrated management software is one that will be welcomed. Cabrera’s group says the initial project will run for two years, and they hope to do a larger study following that.

Will milk per cow growth rebound, too?
By Maggie Gilles, Kansas dairy farmer