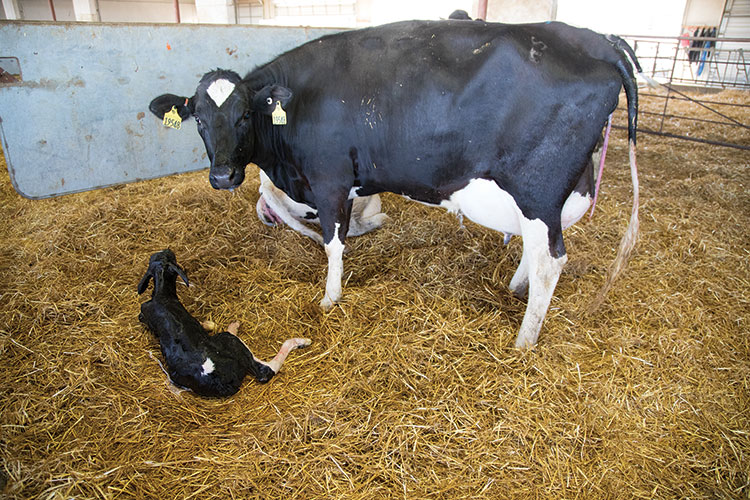 The dairy industry is poised to make foundational leaps in the ability to breed healthier cows when new genomic evaluations for six direct health traits become commonplace. When that occurs, producers will be able to incorporate these new health traits into their breeding programs with official evaluations from the Council on Dairy Cattle Breeding (CDCB). These evaluations will be released starting in April 2018.

With producer and industry input, and based on previous research, the CDCB selected six of the most common and costly health events to develop evaluations. Rate of incidence, expected heritability, associated costs, and on-farm reporting consistency were each considered. The six health events for which CDCB will initially provide genetic and genomic evaluations include:

Displaced abomasum: enlargement of the abomasum with fluid and/or gas which causes movement to the left or right side of the abdominal cavity, usually requiring veterinary intervention.

Mastitis: infectious disease that causes inflammation of the mammary gland.

Metritis: infection of the endometrium (lining of uterus) after calving.

The CDCB health traits will be defined as disease resistance. For example, mastitis resistance evaluations will be presented as percentage points of resistance above or below the breed average. Evaluations of cows born in the base year will average zero, similar to yield traits. Favorable values for resistance to the health event will receive positive values.

Let’s look a bit deeper at mastitis. Assume the resistance to clinical mastitis is 90 percent, which represents a 10 percent incidence rate. If Bull X has a PTA of +3.0 for mastitis resistance, daughters of Bull X would, on average, be more resistant to mastitis by 3 percentage points more than the population average. The resistance rate among Bull X’s daughters should average 93 percent (90 + 3), given a significant number of daughter records. This can also be interpreted as an incidence rate equal to 7 percent.

Alternatively, let’s assume Bull Y has a PTA of -4.0 for mastitis resistance. His daughters would be expected to have an average resistance equal to 86 percent (90 – 4) as observations are accumulated or, conversely, a mastitis incidence rate of 14 percent. 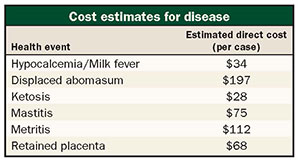 CDCB has also accounted for the adjustments made to yield records indicated as having abnormal or sick test days. Estimated, per-case direct costs of these common health events are listed in the table and provide producers with a realistic estimate of the savings provided by selecting animals more resistant to health events.

Data: Producers have been indirectly improving herd health by using traits such as somatic cell score (SCS), productive life (PL), and livability. Evaluations for these traits include significantly more historical data than is currently available for direct measures of health traits. Net Merit will balance the reliabilities and heritabilities of all genetic information for an appropriate balance to optimize profit potential.

Many of the health traits are also favorably correlated with fertility measures — daughter pregnancy rate (DPR), cow conception rate (CCR), and heifer conception rate (HCR). Correct genetic and phenotypic correlations must be considered when including these traits in a selection index.

Balance: Improved cow health is an important factor to consider in genetic selection; however, it must be correctly balanced with other traits of economic importance, such as production and fertility.

Evaluations based on national data

The new CDCB health evaluations will be an additional tool to help producers select healthier, more profitable animals. Just as other genetic evaluations currently produced by CDCB, the health evaluations are based on national data from U.S. herds. Foundational research has been conducted over the past 15 years with results published in several peer-reviewed journal articles, one of which is among the top 100 most highly cited papers published in the Journal of Dairy Science since 2014. Data editing and validation are based on peer-reviewed methods.

The new evaluations follow similarly-tested methods as those for traits currently included in CDCB genetic and genomic evaluations and developed by scientists at the Animal Genomics and Improvement Laboratory (AGIL; ARS, USDA). One of the traits — mastitis resistance — will also undergo international validation through Interbull.

Continuous data a must

Accurate health evaluations require the continued cooperation among many industry sectors. Producers provide the most critical component by actively and consistently reporting health events on-farm, and this is essential for a robust national database.

The Dairy Records Providers and the Dairy Records Processing Centers facilitate the transfer of health data from farms to the CDCB database. The research and development of these new health evaluations is possible through the continued collaboration between CDCB and USDA AGIL. Through this cooperation, a robust national genotypic and phenotypic database, and strong foundational research, dairy herds worldwide will have access to new genetic tools to help continuously improve cow health.

My cows’ teats are cleaner than your hands
By Kristen Parker Gaddis, Council on Dairy Cattle Breeding 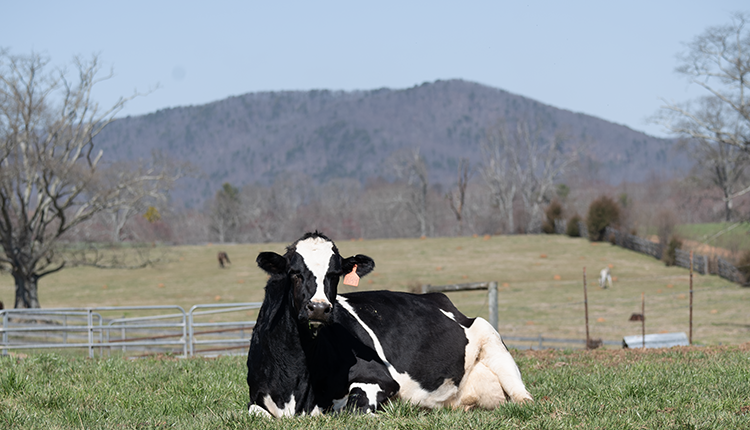 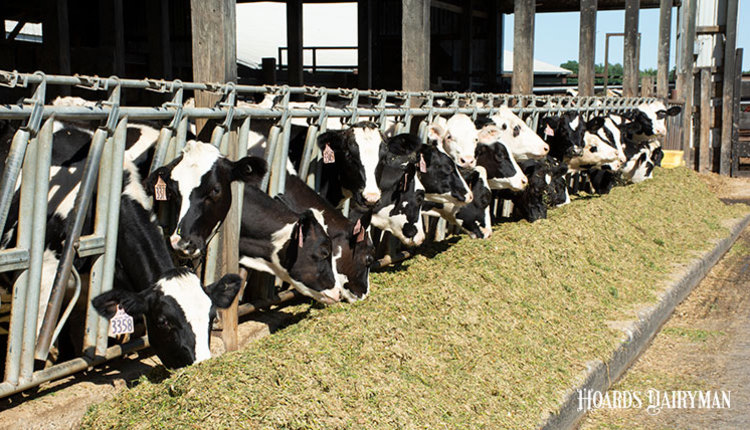