The author is a distinguished professor and a L.E. “Red” Larson professor at the University of Florida.

The slick trait is a dominant trait caused by a mutation in the prolactin receptor gene. That means an animal will be slick if she has only one copy of the gene. In contrast, red coat color in the Holstein breed is a recessive trait and requires two copies of the gene to produce red coat color.

The slick trait was originally described in the Senepol breed located on St. Croix in the U.S. Virgin Islands. Tim Olson of the University of Florida then used crossbreeding to introduce the gene into the U.S. Holstein population. Slick Holsteins also exist in Puerto Rico and matings between Senepol and dairy animals have been performed in New Zealand to produce dairy cattle with the slick gene.

In general, Holsteins carrying the slick gene are better able to regulate their body temperature during heat stress and experience a less severe reduction in milk yield during the summer than Holsteins with typical hair coats. The University of Florida has been registering its slick animals with the Holstein Association USA. At the same time, the university has initiated a breeding program to improve genetic merit of the slick population for economically important traits. The goal is to provide producers in hot climates with semen from slick bulls to facilitate incorporation of the gene into their herds.

The first bull to be promoted in this program is the registered Holstein bull Slick-Gator Blanco (Net Merit $355), marketing under the NAAB (National Association of Animal Breeders) stud code 551HO03574. This bull was purchased by STGenetics, and its semen is now available from that company. Note, Blanco is heterozygous for the slick mutation. That means this bull carries only one of two copies of the prolactin receptor gene codes for the slick phenotype. Therefore, half his offspring will be slick and the other half will have hair of normal length. The University of Florida also markets semen from Slick-Gator Lone Ranger (Net Merit $592), another heterozygous slick bull.

The University of Florida is continuing to upgrade the genetics of the slick population of animals it possesses and, once genetic merit is sufficiently high, cattle will be mated to produce bulls that are homozygous for the slick haplotype. Because the slick mutation is dominant, it would be expected that all offspring from a homozygous bull would have a slick hair coat.

For more information about the slick program, contact the author via email or by calling 352-359-5753. 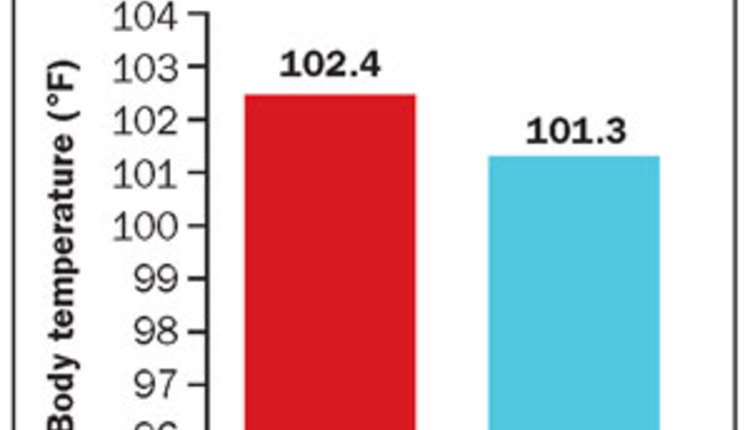