Make calfhood diarrhea treatment decisions based on fact, not fiction. 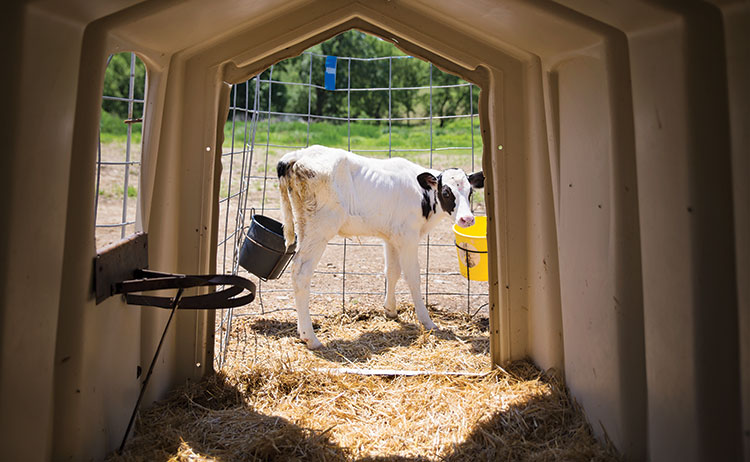 Calves that continue to receive milk or milk replacer during a bout of diarrhea recover faster and gain more weight than calves from which milk is withheld a day or two.
Diarrhea remains the leading cause of death in dairy calves. Calves with diarrhea frequently develop dehydration, have lower blood pH (called “acidosis”), experience electrolyte abnormalities, and are in a state of negative energy balance (starvation).

There are many different approaches for how to “best” treat calf diarrhea. Some of these are supported by evidence and others are not. The primary purpose of this article is to review some of the more common “theories” associated with treating calf diarrhea that simply cannot be supported by data.

Myth 1: All electrolytes are the same.

This topic has been covered previously (see the article, “Electrolytes can save lives,” in the October 25, 2017, issue of Hoard’s Dairyman). However, it is important for dairy producers to understand that there are significant differences in the oral electrolytes commercially available for use in calves in North America. Talk with your veterinarian to make sure that the oral electrolyte product you are using will adequately rehydrate calves with diarrhea along with replacing electrolytes and correcting the drop in blood pH.

Myth 2: Withholding milk for one to two days will resolve diarrhea faster.

There has been controversy about feeding milk to calves with diarrhea since the 1940s. Some experts have recommended a “rest the gut” approach to treating calf diarrhea — suggesting that continued milk feeding will worsen the diarrhea.

This concept is based on the principle that milk will supply nutrients in the intestines that the bacteria could use as an energy source. This would lead to further maldigestion of nutrients and greater excretion of fluids (thus more diarrhea). Other arguments for withholding milk include a faster healing of the intestines, less opportunity for overgrowth of harmful bacteria, and impaired digestion and utilization of milk and/or milk replacer.

Recommendations in the 1940s were to withhold milk for one day and then mix milk and water in a 1:1 solution for the next two days. Additional studies have suggested that calves with diarrhea should be starved until the diarrhea has resolved.

Despite these ideas, research has shown milk feeding does not prolong or worsen diarrhea, nor does it speed healing of the intestines. In fact, studies have consistently demonstrated that calves that continue to receive milk during diarrhea recover faster and gain more weight than do calves from which milk was withheld for one to two days.

These recommendations are similar to that for treatment of diarrhea in children. Withholding milk from infants with diarrhea is associated with poor growth rates, slow demeanor, and prolonged recovery. The continued feeding of milk to children with diarrhea has been a standard recommendation since the 1940s.

Myth 3: Antibiotics must be fed with milk/milk replacer to prevent diarrhea.

Although the practice has been common for over 75 years, the real benefit of oral antibiotics to reduce disease is minimal. Recent studies have found either oral antibiotics had no affect on calf diarrhea incidence or, in some cases, diarrhea rates actually rose.

In 2010, new federal laws were passed that restricted the feeding of medicated milk replacers to a period of seven to 14 days. Continuous feeding of antibiotics in the milk from birth to weaning is no longer permitted.

A prebiotic is a nondigestible substance that is supposed to “feed” good bacteria in the intestine. Probiotics are actual live bacteria that are supposed to repopulate the intestine and help treat diarrhea. Although probiotics are commonly used to treat diarrhea in humans and other monogastric animals (that have only one stomach), there is no data to indicate prebiotics or probiotics do anything to help with diarrhea in calves.

For example, in one study, daily administration of a probiotic for 10 days did not alter the course of diarrhea due to cryptosporidia in dairy calves. In another recent study, a probiotic formulated specifically for calves did not change death loss, length, or severity of naturally occurring calf diarrhea. A study in foals showed that probiotics actually prolonged diarrhea and caused the animals to stop drinking milk.

While many producers may have had positive experiences using probiotics in their own lives, it’s important to realize that the digestive tract of calves is quite different. The bacteria in probiotics likely do not survive passage through even the very small rumen of the baby calf to actually colonize the intestine.

Probiotics may continue to improve in the future. However, at this time there is no data to indicate they are useful in trying to shorten the duration of diarrhea in calves.

Myth 5: Fluids under the skin are just as good as intravenous fluids when treating very dehydrated calves.

If we recognize diarrhea early and use a good oral electrolyte solution, we can usually keep from having calves that are unable to stand and are nonresponsive. Unfortunately, every producer still finds these calves on occasion. Usually these calves are depressed because they have a severe drop in the blood pH. The acidosis directly affects the brain, and you see calves that become depressed, lose their suckle reflex, and eventually are unable to stand.

When calves are down, they need more aggressive therapy than just oral electrolytes. These calves usually need the administration of intravenous fluids that will immediately correct the acidosis by raising the blood pH.

Since hitting the jugular vein of a dehydrated calf with a needle or catheter is not easy, producers will frequently administer the fluids under the skin instead (subcutaneously). Unfortunately, recent research showed this type of fluid administration in calves is not extremely effective.

Subcutaneous fluid administration might be useful for calves identified early with diarrhea, but is unlikely to be fast enough in calves that are down with severe acidosis. These calves still need intravenous fluid therapy if they are going to survive in most cases. Work with your veterinarian to have effective fluid protocols in place. 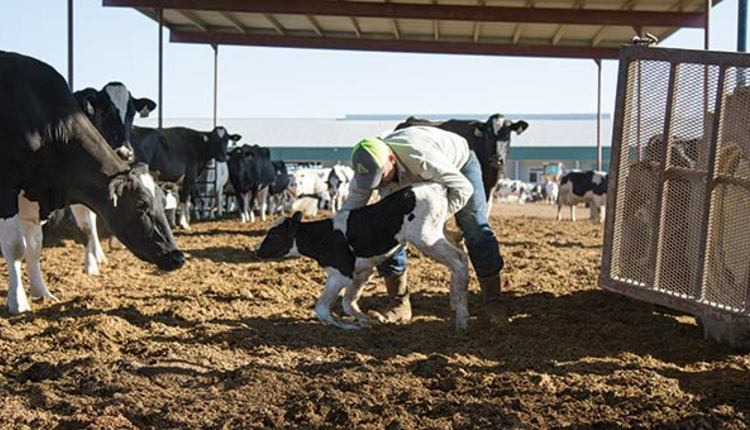 Features
Still too many stillbirths
-
comments powered by Disqus