Ag is an early casualty in trade war 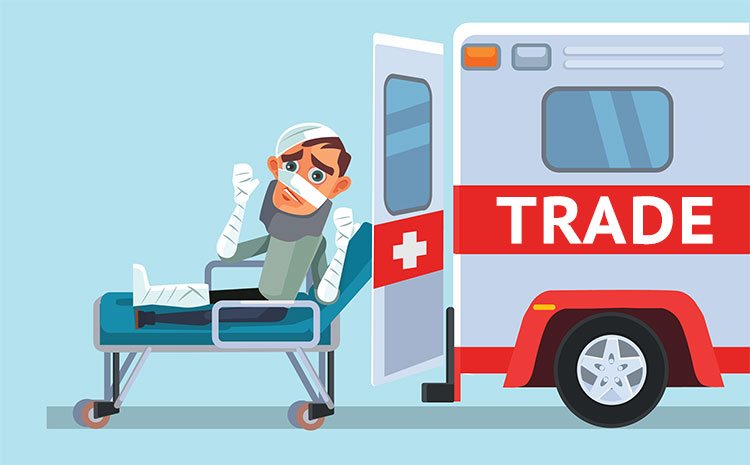 Three headlines sum up which industry is seeing early casualties in the just-launched trade war between the U.S. and its biggest customers:

Farmers, of course, began seeing the effects of a trade war well before it officially began on July 6, as anticipation of what was coming dragged down futures markets. Grain farmers have been hit hard, and soybean farmers hardest of all.

In a typical year, just over 40 percent of all U.S. soybeans are used somewhere else in the world, with roughly two-thirds of that amount going to China, the biggest U.S. customer. In March, when a trade war began to shape up as more than blustery talk, buyers in China began to cancel hundreds of thousands of tons worth of orders, causing prices in the U.S. to plunge.

Those declines are on top of a year that USDA had already forecast to be bad. In early spring, it said soybean farmers with an average national yield of 49 bushels per acre would lose about $13 per acre. But that assumed an average price of $9.25 per bushel, so at current prices the red ink will be much deeper.

Corn farmers were forecast to lose $54 per acre and wheat farmers to lose $84 per acre.

The downturn in markets has been so strong that National Farmers Union President Roger Johnson said last week that, “American corn, soybean, and wheat farmers have already lost a collective $13 billion as a result of our current trade war with the world. And while the tariffs can end tomorrow, the effects of this trade war will continue for years.”

Dairying has been hit, too. While lower grain prices do mean lower feed costs, Class III futures markets clearly appear to be spooked about prospects for dairy exports during the rest of the year.

Yes, U.S. dairy exports did set new monthly records this spring in terms of percentage of total production that is sold abroad, but traders seem to believe they will also become casualties of the trade war.