Brazil has loads of potential 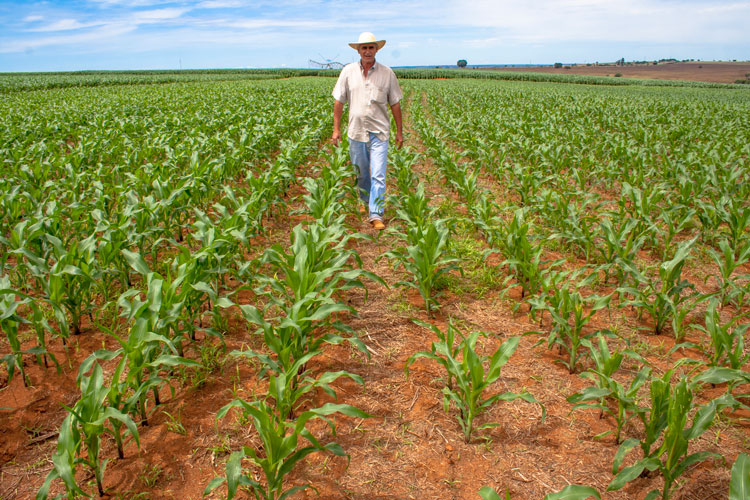 “Brazil can double its cropland easily without cutting a tree,” said Texas A&M professor and extension economist Luis Ribera. He shared that interesting fact during a webinar presentation hosted by the University of Maryland Extension.

One way Brazil can expand its acreage is through double cropping, a system that has been very successful for them considering their longer growing season. One example of double cropping is planting a field with soybeans, then following up with a crop of corn after the soybeans have been harvested. Ribera expects Brazil will grow its production of corn as well as soybeans.

Soybean yields in Brazil are currently comparative to American yields. Corn yields are lower, but that can be attributed to some corn being planted as a second crop. Yields have been rising for all Brazilian crops, including cotton, first crop corn, second crop corn, soybeans, and rice.

Ribera noted that Brazil will be able to grow crop output even more by raising livestock more efficiently. They have gone from 0.7 head per hectare to 5 to 7 head per hectare. Moreover, if they use more corn to finish out beef cattle and less pastureland, that will open up land for growing crops as well.

Poised to be a world player
How important is Brazil in the world market?

“Brazil is a major player in the world market for agricultural products and can even get better,” Ribera said. “They have huge potential there.”

He explained that the U.S. and Brazil have been exporting about the same amount of meat and soybeans the past few years. He expects that to change, though.

“Brazil could become an even bigger supplier,” he said. He noted the importance of the U.S. maintaining trade relationships with China; if we don’t, windows are opened for other countries.

“They could take more market share away from the U.S.,” he said. “Through expansion, they can get more and more of the Chinese market if they have the opportunity,” he said.