Shows can create the “perfect storm”

Several of our weaned heifers recently developed really loose bloody diarrhea within a week of returning from a show. They were all about 4 to 5 months old and were in great health prior to this.

They had high fevers and lost a lot of weight quickly. We put them back into a pen of 12 similarly-aged calves when they returned from the show. Should we worry about those animals, too? 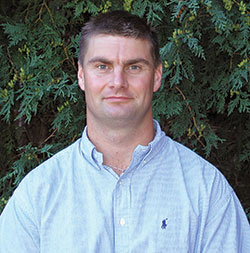 Simon Peek
School of Veterinary Medicine,
University of Wisconsin
Unfortunately, when animals leave a farm for a show or another reason, there is always the possibility that they will acquire new infectious diseases. The stress of transportation, a new environment, the heat of summer, and disruption to normal water and feed intakes can all combine immunologically to create a “perfect storm.”

When they are exposed to contagious pathogens from other cattle at the showgrounds, they are more susceptible to infection that results in clinical disease. In some instances, and for some pathogens, the immunosuppression that results may also allow a latent infection to surface. This means that an infection that is already present in the calf but being held in check by its immune system is now allowed to run rampant and cause clinical signs.

Given your description of bloody diarrhea with fever in 4 to 5 month old animals, some of the most probable suspects would have to include salmonellosis and coccidiosis. There are tests available to diagnose these two causes using fecal samples, but the samples need to be obtained early on in the course of the disease, certainly before treatment.

In the case of one particular form of salmonella infection, Salmonella Dublin, there is also a blood test that can identify whether or not a calf of this age has been previously infected with this serotype. A positive test result would not tell you whether or not this most recent clinical disease episode was due to Salmonella Dublin, just that the individual had been exposed in the past. However, it is still a valid test to run in a calf of this age.

Other possible pathogens, but perhaps less likely, would include BVDV, Giardia, and Campylobacter. Many diagnostic laboratories would also run tests for these on request or as part of an enteric panel on fecal samples.

To your other question, you should indeed worry about the contagious nature of these calves with respect to their bloody diarrhea and other calves in their pen. In addition, think about biosecurity in general when animals return from a show to your farm. Because incubation periods vary for different viral and bacterial pathogens, producers need to be cautious about commingling animals too quickly after returning from showing.

Maintaining separation or quarantine for at least a week is preferable during which you monitor principally for clinical signs of enteric and respiratory disease while taking temperatures daily. Only if animals have been free of clinical signs of illness and consistently afebrile over this seven day period should you feel comfortable commingling them again.

Many readers may find this advice harsh and think it an overreaction, but calves of this age are at an immunologically susceptible point in their lives. Their maternally derived antibody is waning to almost gone, and although many farms have already begun quite aggressive vaccination programs by 4 to 5 months, the two most likely suspects mentioned earlier in the column are impossible to vaccinate against in calves. For this reason, we are reliant on the individual’s own immune system.

Some producers have coccidiostats in the feed of their weaned heifers, but the diet of the animals for the period of the show may not have had the coccidiostat in it or there may have been a break in amount consumed. This combined with leaving the farm and showing may have allowed a subclinical coccidiosis problem to become more severe.

Whatever the cause — and combined infections can also be the culprit — prompt diagnosis, segregation, and treatment offer the best chance of recovery for the affected individuals and prevent the spread to other animals on the farm.