These three rules can improve communication

For effective communication, we need to follow three rules: keep a sense of humor, use fewer words (not more), and slow down. 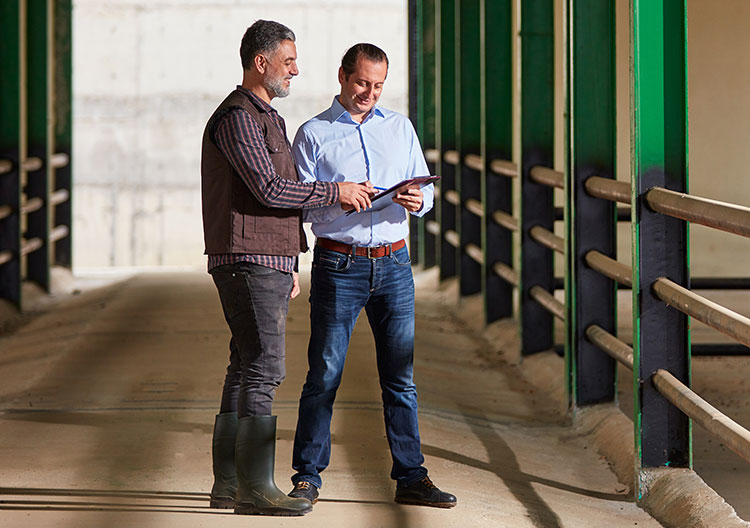 If you are willing to laugh about professing to be a woman or asking for an onion, both sides will become better communicators through camaraderie.
Of all the challenges we face with managing employees, one of the largest has to be the simple fact that a large portion of them have a limited ability to speak English. However, the basis for any solid relationship is communication.

Needless to say, improving communication with our non-English-speaking staff benefits the whole operation. Even without learning a lick of Spanish, we can improve our ability to communicate with employees who are not fluent in English by changing our approach to communication — keep a sense of humor, use fewer words, not more, and simply slow down.

This advice comes from 20 years of supervising Latino employees . . . and having never had any formal training in Spanish. My Spanish skills are a lot like my guitar playing skills. If you have no idea how to play guitar and saw me play one, you’d think “that guy isn’t bad.”

If you actually play guitar, you’d take one look and say, “Dude, why are you playing the same three chords over and over? You stink.”

Despite my lack of Spanish skills, some of my fondest memories working on dairies are of laughing with my Spanish-speaking staff. That laughter took place over the language barrier and the comedy that ensues when simple words are misspoken or misunderstood.

Very early on in my days as a manager, I caught a nasty cold and went home early one day. The following day when my guys asked me how I was doing, I wanted to try out some of my new Spanish words and tell them that “Today, I am better.”

I proudly said, “Hoy soy mujer” (Yo-soy-moo-hare). What I should have said was, “Hoy estoy mejor” (Yo-estoy-may-hore). Unfortunately for me, the word I confused for “better” was the Spanish word for “woman,” which means I told my employees “Today, I am a woman.” There was a brief moment of confusion followed by a room full of people laughing hysterically.

As embarrassed as I was, it was a great moment. My teammates respected the fact that I was even attempting to speak their language. It also showed me that if I was willing to risk being laughed at, they were, too.

Some years later, I was sitting at my desk and our Latino mechanic came in and said, “Bill, I need a 4-inch onion.”

I did my best to fight back the laughter and said, “You need a 4-inch onion?”

He quickly replied, “Yep, the next time you’re at the store, please get a 4-inch onion”.

I was fully baffled and very amused at the same time. “Why do you need a 4-inch onion?” I asked.

“To fix the manure separator,” he said.

“You need a 4-inch onion to fix the manure separator?” I asked.

“Yes, the pipe broke and I need an onion to put the new piece in,” he replied as he used his hands to demonstrate putting two pipes together.

At that point, I busted out laughing and realized he was asking me to get him a 4-inch PVC coupler or union. He was thinking he was calling it a “union” but mispronouncing it as “onion.” Once I explained an onion is a vegetable, we both laughed until our sides hurt. As I’m writing this, I’m thinking of about 100 more of these instances, but none are appropriate for print.

Rule number one of improving communication between languages is to realize you will make mistakes. You will look ridiculous, but your employees will be far more comfortable trying out their improving language skills because of it.

The second rule is that when communicating with people whose first language is not English, concentrate on the words, not sentence structure. When we hear people speak, our brain hears the words and then does its best to formulate the intended message.

For example, my dad would joke about how those of us from eastern Wisconsin, whose culture and language were heavily influenced by the Germans who settled here, would often use sentence structures that sound natural in German but produce humorous results in English.

He would say, “Throw the cow over the fence some hay,” pointing out how despite the incorrect grammar and the funny image it portrays, a person still knows what is meant. I think it is actually a great example of how we communicate.

The most common mistake I see dairy personnel make in communicating with people who struggle with English is to fail to realize that the issue is a misunderstanding of the words themselves, not the message. Those are two very different things.

If an English-speaking person were to say, “Change the footbath after Pen 24,” and an English-speaking employee gave them a look that conveyed that they didn’t understand, the manager would add words to the directions to clear up the confusion. They may say something like, “Yeah, I know we don’t normally run the footbaths today, but I was doing herd check in Pen 24 this week and saw a few heel warts, so we’re gonna change up the footbath routine and see if that clears things up.” He or she would add words in an attempt to clear things up because the employee didn’t understand the message, rather than misunderstanding the words.

The manager is better off repeating his instructions more slowly and more clearly. “Change. Footbath. After. Group 24.”

Speaking this way may feel uncomfortable because if you spoke that way to someone who speaks English, it sounds insulting and awkward. However, if the roles were reversed, wouldn’t you want your employee who struggles with English to slowly say to you, “What . . . pen . . . change . . . footbath?” That’s far better than having them speak quickly in broken English.

I doubt an English-speaking supervisor would be offended if that’s how his employee asked about the footbath. It wouldn’t sound condescending the way it would if it were coming from someone whose native language was English.

This leads to the third rule — slow down.

Being able to effectively communicate with our co-workers whose first language isn’t English doesn’t mean we need to be fluent in Spanish. It doesn’t even mean we need to speak half the language. However, it does mean we should follow these three rules: keep a sense of humor, use fewer words, and slow down.

A look back and a look ahead
Features
Related to:
features, employees
In Features

Don’t let injuries get you down
By William Eberle