Let’s be blunt: Dairy managers deal with some downright miserable jobs. Here are some tips to handle perhaps the most miserable of all — confrontation. 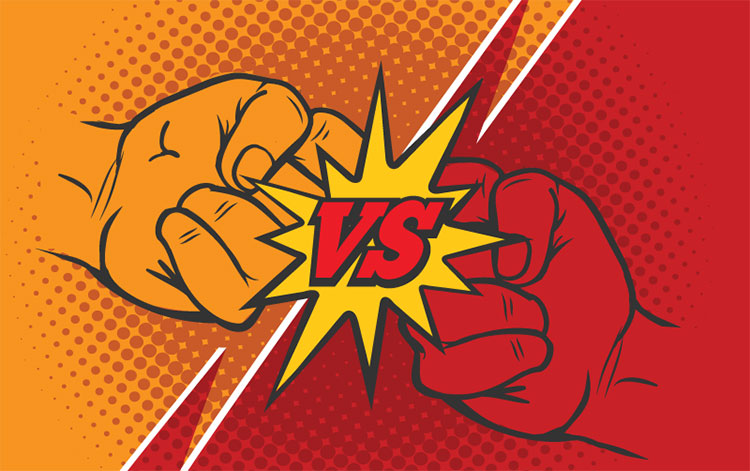 It’s a basic human tendency to avoid confrontation. If you enjoy confrontation, you’re probably not a great manager. The end goal should be to have systems in place along with open communication in order to avoid as much conflict as possible before it gets out of hand.

We’ve all had those moments when we think our dairy farm jobs can’t get any worse. Here are some real-life situations that come to mind . . .

The plugged manure line on a Sunday morning always causes angst. Then there’s dealing with the aftermath of a pen of springing heifers getting out and “aerating” the neighbors beautifully manicured lawn just after the spring thaw. Or there’s the moment when one has to explain to the power company that it was a “one-in-a-million shot” that the wind caught the tarp on the silage truck, which caused it to snag on a power line and knock out power to every household in the south half of the township.

Looking back on these situations, those events appear to be “easy button” moments compared to what most certainly has to be the most miserable job for managers — confronting employees when they have to be told that their actions or behaviors aren’t living up to acceptable standards. In other words, having to look someone in the eye and tell them something they don’t want to hear is, for many, the worst job on the dairy.

Dealing with conflict is no different than welding or playing the slide trombone — you have to learn how to do it properly. Someone has to show you how to do it, you have to practice it . . . and you’ll probably be awful at it when you first start out.

For example, if you take a top performing milker who’s never been taught to manage people, anoint him the “parlor manager,” and then throw him into a tumultuous parlor culture, it probably won’t work out well. As a matter of fact, it will probably go over about as well as handing that same guy a trombone and asking him to play the opening 16 bars of Duke Ellington’s “Take the A Train.”

The best way of handling confrontation is to prevent as much of it as possible in the first place. “Have open lines of communication” is a phrase I often hear in regard to employee management. It’s a lot like a modern pop country song. Sure, its catchy, but it has zero meaning and it gets annoying after you hear it a few times.

However, good communication can greatly reduce the times we have to have conversations that involve confrontation. It means that employees have a person they can talk to and feel like someone is listening.

This doesn’t mean we have to spend an hour a day talking to the whiny employee about the fact that there’s no diet soda in the soda machine. It means that there’s a well-respected manager or owner who comes into contact with every employee every day.

If we stop in the parlor and check in with our milking staff every day, it’s far easier to get a sense of things starting to brew . . . before they boil into a big episode that would result in confrontation.

As a manager, I tried my best to talk with as many employees as I could every day. At the very least, I made sure I had a genuine conversation with the crew leaders.

In my head, I would find myself saying, “I just had 2,000 acres of hay get rained on, I really don’t want to hear about how your coworker didn’t clean out the cab of his payloader yesterday.” To be honest, I didn’t always hide my feelings, but I did my best to make sure the employees knew they could approach me.

I would even go so far as to ask my employees questions that I already knew the answer to just to reassure them that their job was important and that I was interested.

As an example, I might get on the radio and say, “Wow, that haylage pile looks a lot drier than last week. Where do you guys have the dry matter set at?”

That conversation even took place despite the fact that I had already checked it and knew the guys had it spot-on. However, I would still do it for several reasons. First, I wanted them to know I was looking at important management areas. Second, I thought it was important enough to bring it up. Third, I also wanted them to get the chance to get on the radio and say that, indeed, the dry matter was higher, they knew it, and had made the adjustment. I could then compliment them over the radio, and they could take pride in their small “victory.”

Even with the best lines of communication there will always be the need to have the awkward confrontational conversations with employees. However, there are ways to soften things and still get the point across.

My sister-in-law started her career managing several fast-food restaurants. Needless to say, she had to have a lot of those conversations. She taught me a trick that really helped. It was called “Start positive, end positive.”

Earlier this year, I was at a dairy and saw this play out perfectly. It was the first time I was there and the owner wanted to show me his tunnel-ventilated barn. As we walked toward the barn, he noticed that a large overhead door had been left open, pretty much negating the entire effects of the ventilation system.

He said, “I spend tens of thousands of dollars on a ventilation system, and my guys leave the doors open!”

As we walked through the barn, he saw his manager and I grimaced, waiting for him to scream at the employee. The manager happened to be trying to attend to two cows calving at the same time. The owner asked, “How is it going? Do you need help with the calving?”

The employee said, “I’m good, I think I’ve got this under control.”

The owner then smiled and pointed to the open door. The manager responded, “I know, the feed truck drove out and something tripped the door. I’ve had my arms in this cow trying to untangle this calf, so I haven’t been able to go close it.”

The owner responded, “No problem, I’ll get it.”

The owner chose to keep his cool, started positive, and ended positive.

Here’s another example. Maple Ridge Dairy is one of the best run dairy operations with whom I work. The feed manager there is Tom Albrecht, and he does a fantastic job of managing his department.

When I showed up this spring to do their annual feed center audit, he met me with a grin and said, “You’re going to see a lot of extra leftover feed in the bunk.”

It had rained the day before and the feeder had erroneously read the rain gauge in centimeters instead of inches, so instead of adjusting for a half inch of rain, he adjusted for 1.3 inches.

Tom told me that when they finally figured out why the bunks seemed to be so far off that day, he explained it to the feeder and they had a good chuckle. Again, an example of outstanding people management.

When all else fails and a hard-working, skilled employee just doesn’t get the message through softer, normal communication and confrontation, it’s time to reenact the opening scene from Full Metal Jacket, let loose, and yell. There really is a time and place for this — albeit very, very sparingly and in very specific instances.

Look at this third way to deal with confrontation another way. It’s like a powerful thunder and lightning storm. The storm may bring life-giving rains, but the strong winds could bring destruction, too.

With that in mind, try to minimize yelling and full-scale confrontation. However, there are times it may be the last means to drive a point home. Alternatively, for those managers who conduct job reviews, this would be a time the incident needs to be documented for immediate corrective action . . . understanding that may not always be possible with the daily workload on farms.

Above all, it’s always best to remain calm when delivering corrective action. Constant communication and soft confrontation will win the day in most instances. When that happens, a win is created for everyone involved.

A look back and a look ahead
Features
Related to:
features, employees
In Features

Don’t let injuries get you down
By William Eberle