Enough with the protocols already

Despite popular dairy management myth, you can’t protocol your way into a smoothly run dairy. 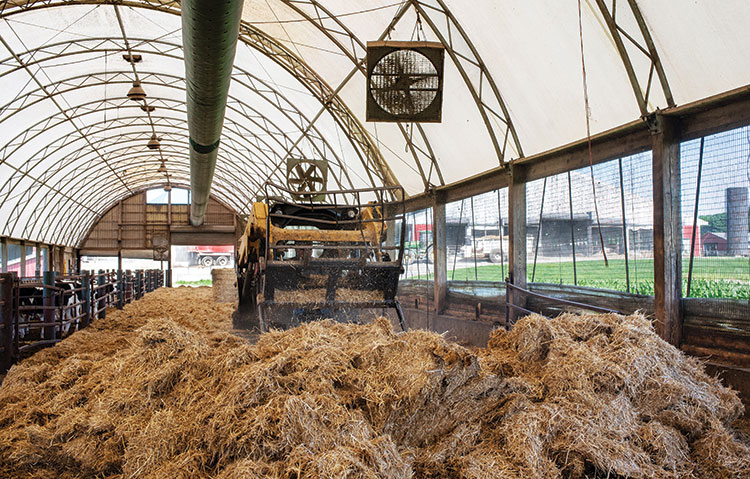 Protocols are a necessary part of managing dairies with employees. However, they’re only one part of the equation.

By the mid-1990s, Wisconsin dairy producers started moving toward modernization and expansion. In the process, many longtime farmers shifted away from milking cows themselves in traditional stall barns. For a lot of us, this was our first foray into managing employees.

It’s safe to say we weren’t well versed at it. We were accustomed to thinking that hard work conquers all, and we struggled to get our minds around having people on our farms who didn’t instinctively know the very basics of dairy farming.

The idea that an employee wouldn’t understand why we have to make sure the bulk tank gets turned on — or that a treated cow can’t get milked into the bulk tank — proved frustrating beyond words. To bridge the gap, we needed a way of structuring work so that basic tasks on the farm could get done without the owner being in the barn 24 hours a day, seven days a week. Low and behold, we developed “The Protocol.”

These systems worked well when we had our first employees. At the time, our dairies were typically the size of where the owner or the dairy manager were directly involved with the frontline employees. We had employees doing the day-to-day repeatable tasks, while the owner or farm manger was responsible for the higher-level decision-making.

Then our farms started to get a little bigger. That’s when things became more challenging. We now had frontline employees supervising others. In these roles, they had to make bigger decisions.

With more cows came more calvings. With more calvings came more birthing complications. The dairy manager or owner couldn’t be expected to be in the maternity pen for every single difficult birth, so we tried to make a protocol for difficult calvings. It read something like this, “After two hours of pushing with no progress, begin the steps of a normal calving procedure, but use the calf jack. If it’s a first-calf heifer, then wait three hours.

If the calf appears to be upside down, assist immediately. If it’s an older cow, check for milk fever first, unless she’s overconditioned. But if she’s still in the freestall, move her to the calving pack, unless she’s having trouble getting up.”

With more cows and more calvings came more calves. The dairy manager couldn’t be there every single time the decision needed to be made as to whether the hutches needed to be bedded. That’s when we made a protocol that explained when to bed hutches.

It read something like, “Bed calves on Monday and Thursday, unless it’s going to rain on Tuesday or Friday or if it had rained on Saturday or Wednesday.

“If it does rain, bed hutches the following day, unless it rains on a Tuesday because calves are moved to the weaning pens on Wednesday. Rain is defined as more than a half inch of rain predicted.

“To determine how much straw to use, evaluate the extent of the wetness. If the hutch appears to have a wetness index of 1 to 3, use two slabs of wheat straw or three slabs of soybean straw. If the hutch has a wetness score of 4 to 6, use four slabs of straw and one scoop of shavings.”

Here’s the snowball effect of protocols: If the protocol says two scoops and the employee thinks it needs only one, how are you ever going to police that? As soon as employees don’t follow specific protocols and they’re not held responsible, you’re sending the message that they can follow some protocols while others aren’t as important. When the culture on the dairy says that employees can use their discretion as to which protocols are to be followed, you essentially negate all your protocols.

Protocols are simply a glorified list of tasks. They are essential to standardizing basic daily routines on a dairy, but they’re not a way of managing employees. They’re simply a tool and a cog in the wheel.

In my example of the calf hutches, if we put Juan in charge of calves, we make sure that there’s straw in Bay No. 2 and that skid steer No. 4 is available, we shouldn’t see wet hutches. If we see wet hutches, we go talk to Juan.

The potential conversation with Juan may be the least enjoyable part of managing employees. It’s why we tend to use protocols as a crutch. It’s much easier to run to our computer and type up a new protocol to address wet hutches than it is to go talk with Juan. Talking with Juan about the wet calves means we might have conflict.

The conversation might be uncomfortable. Maybe he’ll have a meltdown because it seems like it rains every day and we’ve had some employee turnover lately. However, if we have wet hutches and we don’t address it, we’re sending the message that our standards really aren’t that important.

That being said, if we have good lines of communication and we’re having a daily conversation with our staff, that conversation can just become part of the daily dialogue instead of something full of drama and emotion. If stopping in every morning is part of our daily routine and Juan expects to have a daily conversation about how things are going, it is easier to phrase it as, “This rain we’ve been having sure has made it tough to keep your hutches dry, hasn’t it? I’ll make sure Bob has the skid steer available right on time today so you don’t get held up bedding calves.”

The better approach goes like this, “Your area of responsibility isn’t up to standards. I see it. I empathize with your situation. I’m not criticizing you; I’m just reinforcing that I have a responsibility to make sure the dairy lives up to its standards.” This can lead to a positive outcome.

On the other hand, this scenario likely will lead to conflict and a less-than-desirable outcome: “You’re failing and I’m angry with you. Get your area up to par!” By following the first example, we allow the employee to turn the situation into a victory once the problem is solved, and the outcome could even build their confidence.

When I’m on dairies, I like to offer up the challenge to dairy managers that if you’re wondering if you’re employees are reading all the protocols taped to the break room wall, just replace them with the lyrics for “(You Gotta) Fight for your Right (to Party!)” by the Beastie Boys. See if anyone notices. You might be shocked to learn there is silence.

As a former manager, I remember being in the middle of the crazy silage harvest and the dairy’s feed area was not clean enough.

He didn’t start by rewriting the feeding protocol.

He didn’t mention a protocol.

He didn’t make a new spreadsheet.

If you rely on protocols to run your dairy without the leadership and systems to go with them, you might as well hire the Beastie Boys to manage the place. It’ll be as about as effective but probably a lot more fun.

Pick an effective inoculant for your silage
Crops and Forages
Related to:
features, employees, management
In Features

Interest rates and inflation deserve your attention
By William Eberle