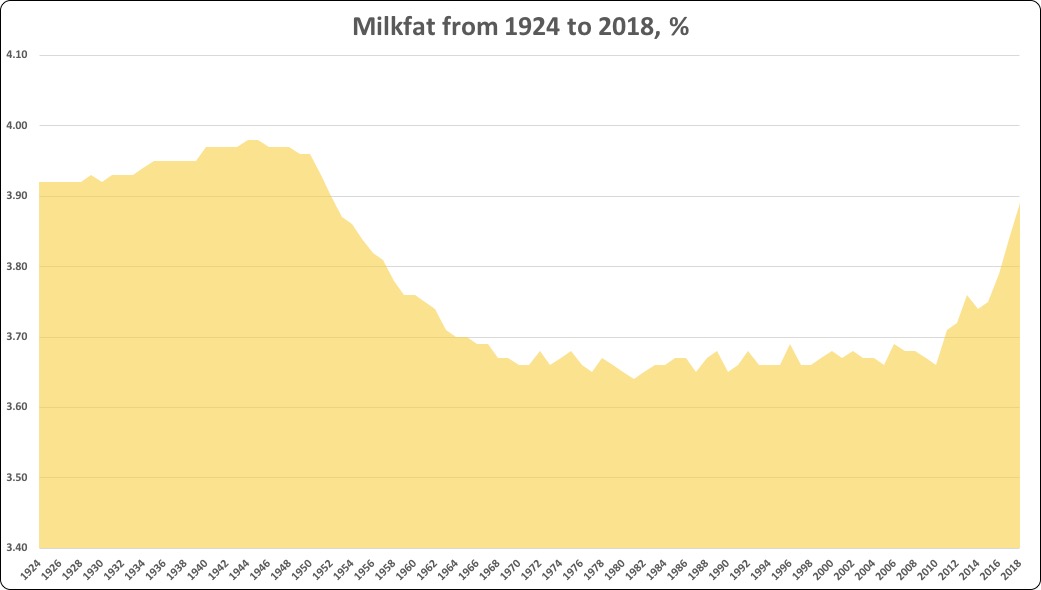 For back-to-back years, butterfat levels in the collective U.S. bulk tank posted 0.05 percentage growth. Those year-over-year gains were the largest since USDA began tracking the statistic in 1924. Given this new information, U.S. butterfat levels now nearly match those from 1952 when the national bulk tank averaged 3.90 percent butterfat.

Here are the exact details:

Product driven
With consumers once again embracing full-fat products, we expect that dairy farmers will continue to shift strategies to produce even more milkfat. The new consumer trends go far beyond butter and include growth in whole milk and full-fat cheeses.

Creating a culture during crisis
By Corey Geiger, Managing Editor

Hoard's Dairyman Intel
There are reports milk is being dumped