An investment that benefits the whole herd 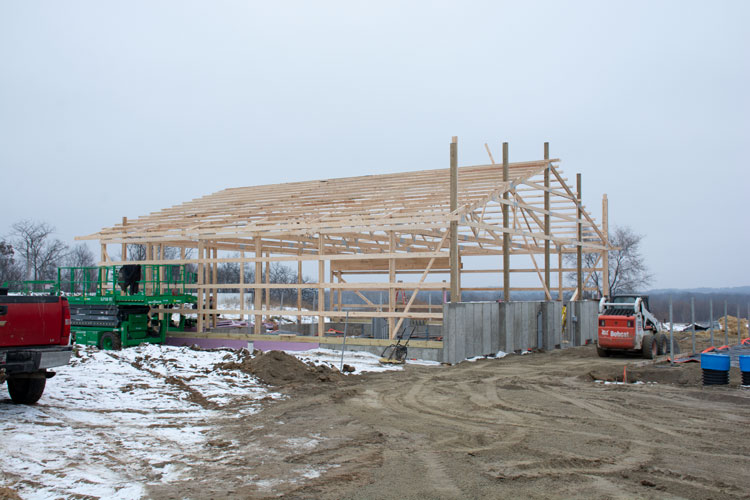 A well-designed barn for dry and transition cows can get expensive very quickly. John Tyson, an agricultural engineer with Penn State Extension, estimates that such facilities can often cost $4,000 to $5,000 per animal housed in the barn.

“These facilities overall tend to be high cost per cow or per square footage,” he said during a Penn State Extension Technology Tuesday webinar. “Many times, that puts them at the top of the list of things to cut out of the budget of a dairy facility.”

However, dairy producers should think twice before skimping on these barns, because when you invest in transition cows, you are investing in the entire herd.

“What sets the bar of high-producing herds and low-producing herds is this dry cow/transition cow program,” Tyson said. “It’s a really good place to put that investment, to improve the start of the lactation, to get a better peak, and to get a more consistent lactation curve.”

Rather than look at the cost per cow in the facility, Tyson urged producers to divide the investment over the entire herd. Unlike improvements made to lactating cow facilities that only impact the cows that live in that shelter, all cows are affected by the transition area.

“One hundred percent of cows have to make it through this transition group. So really, the investment is spread out over the entire herd, not just the 20 percent of animals that are in there at the time,” Tyson said. “Every cow has to transition, and therefore, that’s what makes this different than some of the other investments we make around the farm.”

Tyson said size and design of the transition barn will differ by farm and needs to be developed by that specific dairy. Management style will also drive facility design.