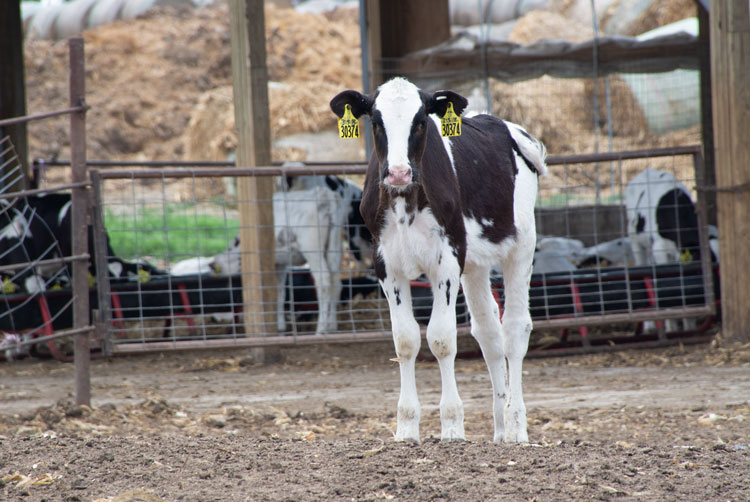 The age at first calving has been trending downward, with many farms aiming to bring heifers into the milking herd at 22 months or even younger. While this reduces rearing costs, Gavin Staley, D.V.M., explained why it may not be such a good idea during a presentation at World Dairy Expo called “Why heifer maturity matters.”

“Do they ever catch up?” he asked the audience, in reference to heifers that calve in younger and smaller. “No. There is no compensatory growth.”

It’s not that those heifers won’t keep growing as they are milking; Staley explained that they will. It will come at a cost, though.

“If an animal does not reach the required level of maturity before calving, it will reach it after calving, but at the expense of production,” he said. According to Staley, every pound of growth after calving costs 7 pounds of milk production.

“This is heifer shrink. You never ever see it, but it’s there,” he said.

How big should heifers be at calving? The general rule of thumb is 85 percent of mature body weight. Staley went into more detail on what that number really means.

Weigh, measure, and track
First off, a farm must know the average weight of mature animals in the herd. Staley said third and fourth lactation cows that are 80 to 100 days in milk should be used as the goal.

Following these targets, we create heifers that can reach their potential. “A mature heifer will have the phenotypic characteristics (frame and weight, and specifically weight) that allow it to express its full genetic potential (milk production),” he said.

To reach these goals, farms must maintain an ambitious daily rate of gain during the rearing process. Staley shared an example calculation where a calf that weighed 85 pounds at birth needed to reach 1,444 pounds by calving — a total growth of 1,359 pounds.

When heifers calve immaturely, there is a price to pay that lingers beyond the first lactation.