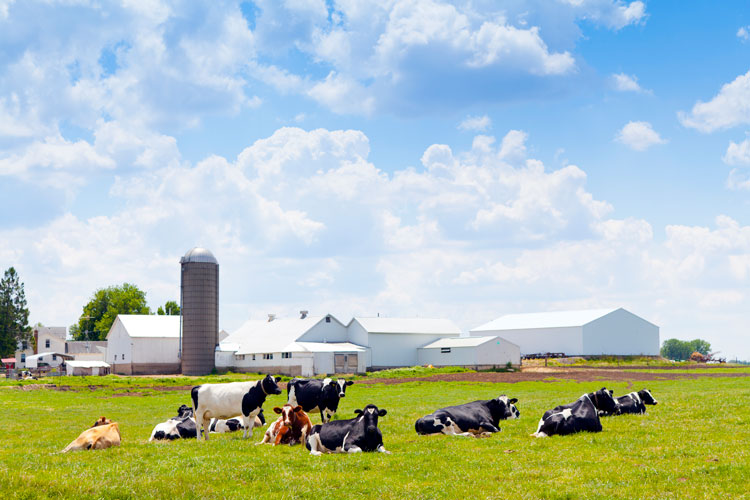 On a numbers basis, that is inaccurate.

On a percentage basis, Wisconsin did indeed post the highest percentage loss in dairy farms dating back to 1992.

That’s the year when Hoard’s Dairyman began collaborating with the American Farm Bureau Federation to track national statistics related to the number of licensed dairy farms in each state, as noted in our Chronicles of Courage. Those numbers represent commercial dairy farms holding a license to sell milk. At the time, USDA had only tracked farms with milk cows. That included families with a few “backyard” cows to supply milk with no intention to sell milk to a dairy processing plant.

To gather that information, Ken Olson, who worked on behalf of the American Farm Bureau Federation at the time, contacted each state to gather permit numbers from state agencies. In the case of Wisconsin, the dairy farm totals came from its Department of Agriculture Trade and Consumer Protection. In 2004, USDA deemed this an important metric, so it took over the national data collection from Hoard’s Dairyman and the American Farm Bureau Federation.

A deeper dairy dive
There is no debating that milk prices have left dairy farm balance sheets in shambles. It’s been a tragedy that any dairy farm family has been forced to leave the dairy business or prematurely retire due to the recent economic conditions.

However, one must still be accurate with the statistics. The Wisconsin percentages
Indeed, the 10.1 percentage figure for 2019 is an alarming statistic . . . and that’s been the drumbeat in monthly articles from media outlets. However, there were significant departures in 2001 when 8.3% of Wisconsin dairy farms called it quits.

When looking at the aforementioned time periods, here are the percentages: 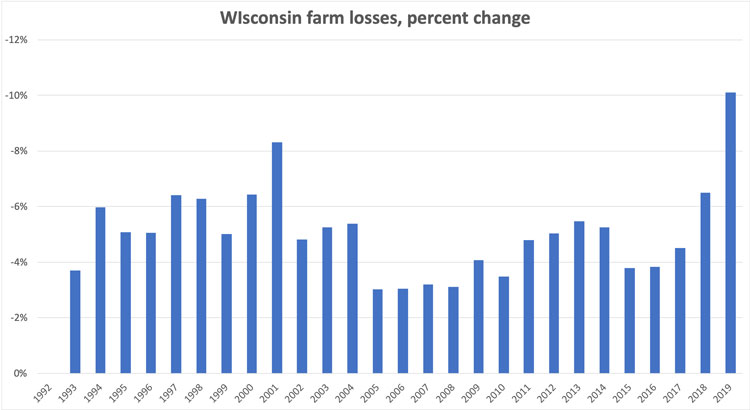 Editor’s note: As a point of information, year-end totals used in the Hoard’s Dairyman, American Farm Bureau Federation, and USDA’s dairy farm numbers do not perfectly mirror Wisconsin’s DATCP data as each dataset has a different month for year-end final data.

The impact of fires on Australian milk flow
By Corey Geiger, Managing Editor