Is the dairy “grass” greener in New Zealand? 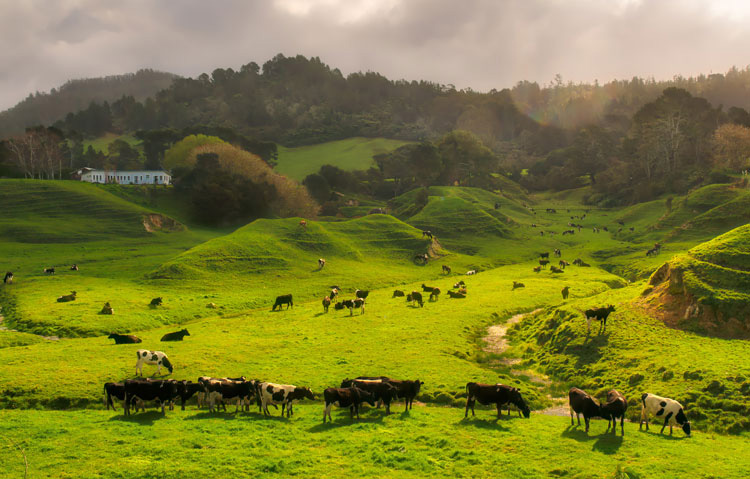 The U.S. is the third largest exporter of dairy products after the European Union and New Zealand. There is always interest in how we compare our milk prices to another country. Maybe I can show you with a “real-world” example.

Fonterra — New Zealand’s largest dairy cooperative — recently provided a milk price forecast to their producer-members by telling them that the expected range would be $7 to $7.60 per kilogram (kg) of milk solids. It also projected that the earnings guidance for the cooperative would range between 15 to 25 cents per share.

Fonterra pays producers for the kilograms of butterfat and protein sold. Other solids, like lactose, are not included. And they usually pay some sort of dividend, or earnings per share, that the cooperative has made in the way of profit from their processing and product sales as well. In the past, farmers owned one cooperative share for each kilogram of milk solids produced annually. This has changed a bit recently, but for simplicity, let’s assume that the dividend is just per kilogram of milk sold.

A comparison to U.S. milk prices
Fonterra’s milk pricing is a bit more complicated than I am going to show here, but for now, you can think about the $7 to $7.60 as our federal order minimum price. The 15 to 25 cents could be considered as the over-order premiums that you receive in your milk check.

The first thing we need to do is to calculate how many components would be in our milk check. For the last 12 months of data that I have, the U.S. averaged 3.91% butterfat and 3.17% protein. This is true protein, and Fonterra uses a crude protein measure. This can be approximated by adding 0.19%. So, the pounds of components in the average U.S. milk check would be: 3.91 + 3.17 + 0.19 = 7.27 pounds per hundredweight of milk.

A working example
Now we need to convert our pounds to kilograms. Multiply the 7.27 pounds by 0.453592 to get 3.30 kilograms. We can then multiply this by the prices.

New Zealand dairy producers are expecting $25 per hundredweight for their milk this year? We aren’t even close.

Oops, we forgot one more thing.

We are comparing New Zealand dollars to U.S. dollars and we need to take account of the exchange rate. Right now, $1 U.S. would buy NZ$1.61, so we need to divide those values by a factor of 1.61.

A U.S. All-Milk price forecast of $14.64 to $16.08 doesn’t sound so good for 2020. But, this is where we need to be careful with our interpretation of these calculations. The conversions are all correct, but New Zealand dairy farmers are not being asked to live on $15 milk.

For simplification, let’s just think about the milk price values as being either NZ$24 or $15 U.S. A New Zealand producer would actually receive their $24 per cwt. and then purchase inputs and pay for family living with that money.

Sometimes the grass looks greener on the other side of the fence, but let’s make sure that we are measuring the “relative feed value” for a proper comparison on that grass.