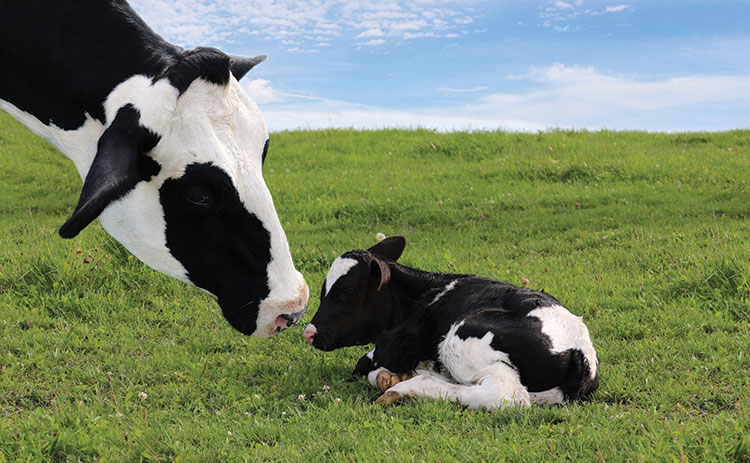 How did that all happen?

It was the result of transmitting the genetically superior genes of top A.I. breeding sires identified by the DHI records of their milking daughters. In other words, those progeny-tested young sire programs provided the scientific data and proofs that gave dairy producers the choice of the elite sires available by A.I. breeding.

Let’s fast-forward . . . genomic data are available for nearly every A.I. sire, including a number of reproductive traits such as daughter pregnancy rate (DPR). Genetic evaluations for DPR allow the measurement of genetic differences among sires for the fertility of their daughters.

DPR is defined as the percentage of nonpregnant cows that become pregnant during each 21-day period. A DPR of “+1.0” implies that daughters from this bull are 1% more likely to become pregnant compared with daughters of another bull with a DPR of “0.0.”

A recently published report of 3,044 first-lactation Holstein cows from four farms and 1,401 multiple-lactation cows from three of the four farms evaluated the association between the genomic DPR estimates and various reproductive traits. 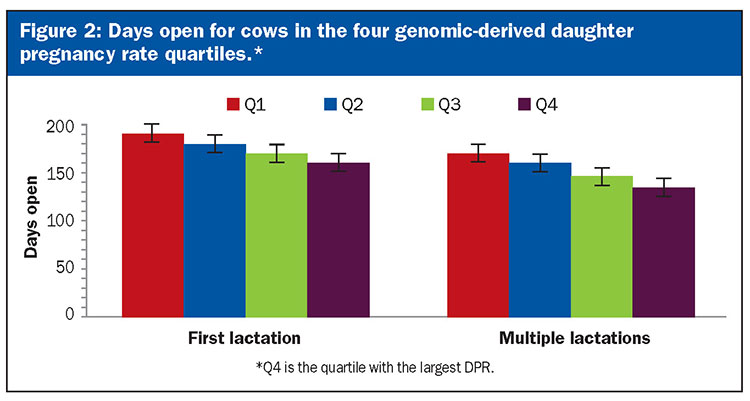 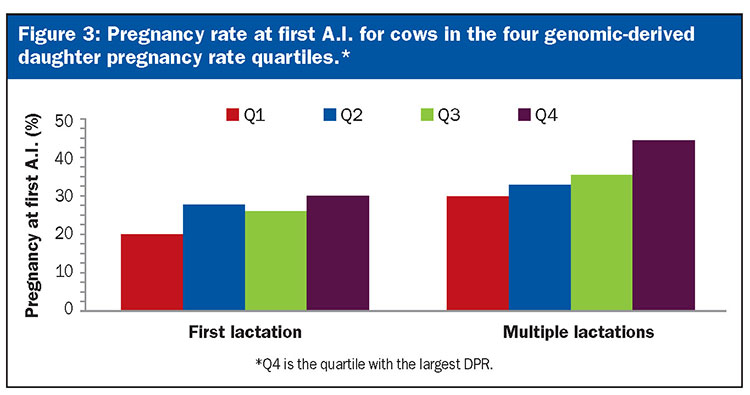 Figure 3 shows the differences in pregnancy rate at first A.I. breeding. As with days open, cows having the largest DPR values (Q4) were more fertile than the cows in the bottom quartile (Q1) in both lactation groups.

It is also exciting that milk yields (average of the first two DHI test days) of cows in the top quartile (Q4) were superior to cows in the lower quartiles, regardless of lactation group (Figure 4). 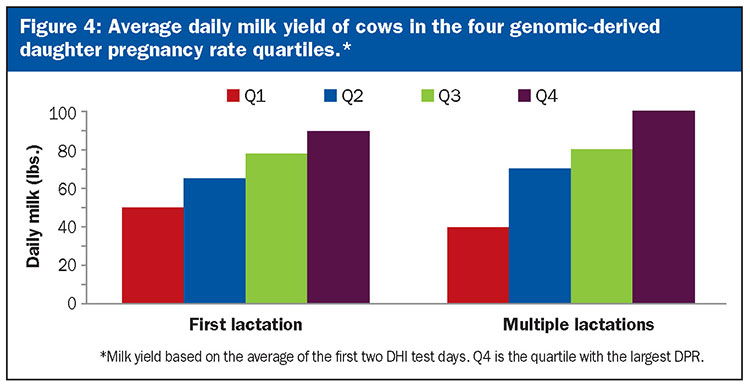 We know from classic animal breeding that when selection emphasis is based on only one trait, genetic progress will occur at a much faster rate than when selection emphasis is made on multiple traits. When both milk yield and reproductive performance are better for cows in the top quartile DPR estimates, we can take our cake and eat it, too! It is a win-win situation.

In summary, the cows with the highest quartile (Q4) for genomic DPR had fewer days to first A.I. breeding, greater pregnancy at first service, fewer services per pregnancy, fewer days open, and more were pregnant at the end of lactation.

It seems that the genomic DPR can be used as a predictor of future reproductive performance. It also reaffirms the potential benefits of applying early genomic predictions for making accurate early selection decisions. Happy A.I. breeding!

The rise of the underdog
Features

The rise of the underdog