The dairy world should continue to grow

By Philipp Goetz And   Łukasz Wyrzkowski

The authors are members of the dairy analysis team at the IFCN – The Dairy Research Network based in Kiel, Germany.

The dairy growth story is expected to continue. Today, the dairy world is serving over 7 billion consumers. At the same time, the sector entails great challenges due to the fast rate of change it is facing, influenced by economic, social, and political decisions and drivers. Consolidation, for example, is occurring at a fast rate.

The IFCN Long-term Dairy Outlook is a model to forecast the development of milk supply and demand on a global, national, and regional level to help anticipate future changes. IFCN maps four scenarios and the outlook is based on a scenario called “Pro Dairy.” This assumes demand growth expressed by positive perception of dairy, and marginal substitution of vegetable fat for animal proteins.

A minimum long-term world milk price of $18.60 U.S. per hundredweight (cwt.) of SCM (solid corrected milk with 4% fat and 3.3% protein) is needed to stimulate estimated production growth. By comparison to 2019’s average world milk price, this level would be 15% higher. At this price level, it is predicted that milk production and demand will balance out in 2030.

By 2040, milk supply and demand will not balance out anymore, resulting in a slight milk deficit of 12 million tons. This deficit will support the world milk price, shifting to a higher level to trigger further production and to outbalance demand.

Consumers growing taste for dairy will need a strong industry. Looking at the past 20 years, milk demand and production rose by 62% solid corrected milk.

IFCN predicts continued growth of 45% over the next 20 years in its Long-term Dairy Outlook.

First, the global population will climb to 9.3 billion people until 2040, so 1.7 billion more consumers will demand dairy products. In addition, global per capita consumption will expand by an additional 23 kilograms (51 pounds) milk equivalent (ME) to a level of 140 kilograms (309 pounds) ME per person, since growing urbanization and improved purchasing power will result in rising demand for high-quality, value-added products. The biggest market will be Southeast Asia, as the region will have a 37% share on total global milk demand.

Productivity will continue to improve but within limits. In order to satisfy the rise in demand, global milk production is assumed to grow annually by 2.1% until 2030. This is supported by beneficial conditions like improved infrastructure and genetics as well as access to technology and capital.

From 2040 onward, the speed is assumed to drop to an annual growth of 1.7%. The major reasons for the slow down are environmental policies, animal welfare conditions, limitation of land, and competition with other agricultural sectors.

Environmental policies will be the key limitation of milk production growth, especially of the EU-28. On a global level, higher productivity coupled with the farm consolidation process (17% less than 2018) will lead to an expansion in herd size.

Meanwhile, the dairy world will also be much more connected. World trade, for example, doubled between 1998 and 2018. Until 2040, net trade is expected to grow further by 90% to 108 million tons solid corrected milk traded in 2040. This reflects the growing importance of trade in the dairy world, expanding demand for processed dairy products, and the shifting dairy production to more competitive locations like the U.S. or EU.

Situation in the U.S.

Milk production growth will be the result of gains in the productivity per cow, with growth from 22,916 pounds in 2018 to 27,859 pounds in 2040. There are two main drivers behind this development. First, farmers with smaller herds will continue to exit the business. Second, remaining farms will continuously add cows as well as apply new technologies, such as enhanced information monitoring for their herds. But there will be a limitation of growth. This is why IFCN implemented a ceiling methodology for milk yield.

The U.S. milk price is closely connected to the global level, dating back to 2006, when the U.S. reached self-sufficiency in dairy. Thanks to its competitive milk price, the U.S dairy industry is expected to continue to satisfy not only its own internal demand for dairy products, but also the growing world demand by exporting more high-quality and value-added products. Accordingly, the level of self-sufficiency will climb to 117%, representing a surplus of milk of 19 million tons ME in 2040, creating a huge potential of milk available for exports.

Looking to the horizon

There are currently some uncertainties and developments like reduced oil prices, lower GDP forecasts, or health and disease issues (coronavirus) that will likely have a negative impact on dairy demand and supply in the short term. That said, the emergence of another scenario is possible — characterized by less accessibility and availability of dairy products as well as less trade because exporting countries build up stocks for higher food security.

However, despite current developments, IFCN still foresees a progressively growing global dairy world in the long term, both on the production and demand side. This will be caused by a rising world population whose needs have to be satisfied. 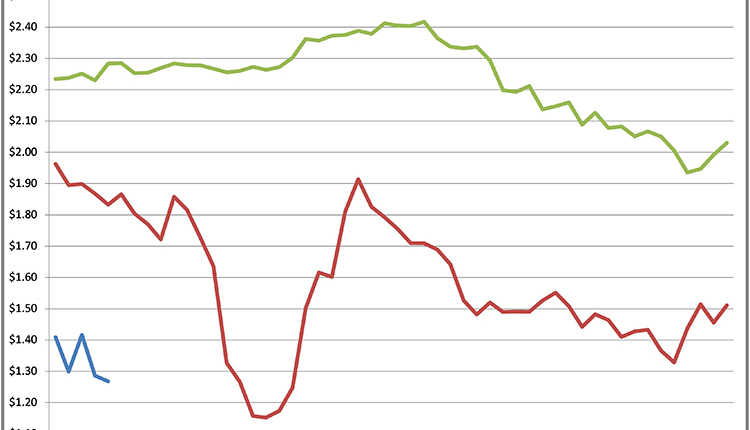 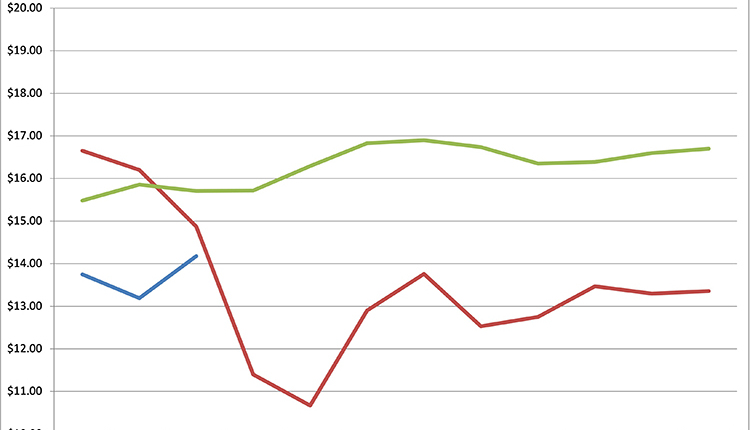