Nature made milk for more than one reason 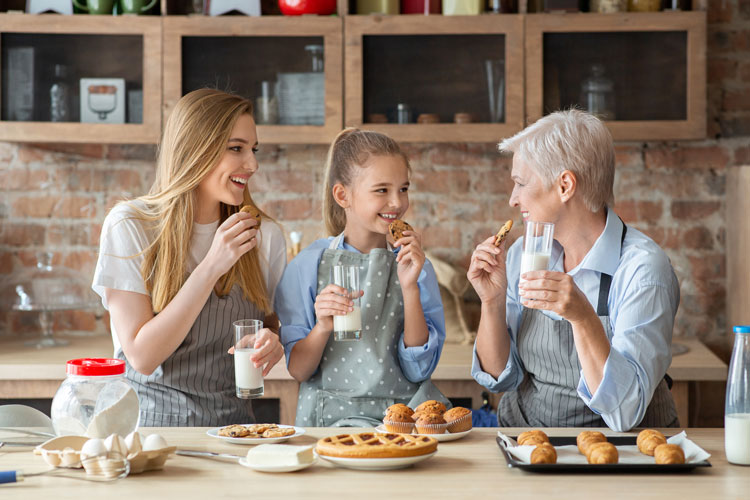 “We should be enjoying the best health in human history,” said Bruce German in his opening remarks during the June Hoard’s Dairyman webinar. “Unfortunately, a majority of the people are not. We are picking the wrong diets, and those are having a deleterious effect on our health.”

German is the director of the Foods for Health Institute and a professor in the Department of Food Science and Technology at the University of California, Davis. His research focuses on improving human health through diet, and his team has specifically studied milk and lactation.

Looking back at history, German said it was chemists who studied food and identified the essential nutrients needed for humans to grow and reproduce. This knowledge allowed us to basically eradiate nutrient deficient diseases, such as goiters and rickets. “Elimination of those diseases was a spectacular success,” he said.

Once the nutrients were identified, German explained research shifted away from food and turned toward studying diseases, particularly diseases that affected rich, middle-aged men. One example is heart disease. As cholesterol became associated with the heart disease, certain foods — including dairy products — were assigned to the problem.

“Increasingly poor health has destroyed the value of many foods, and dairy is the most vivid example of that,” German said.

To illustrate this point, German described a shelf at the Sacramento airport. Sitting side-by-side are single serve bottles of milk and water, and the milk costs less than the water. “According to that price, California dairy farmers are devaluing water by passing it through cows. This is a disastrous proposition for milk,” he said.

Milk feeds humans . . . and their bacteria
In reality, quite the opposite is true — milk is an extremely valuable nutritional resource. He said that mammalian mothers literally dissolve themselves to make a complete diet for their infants. Milk not only meets a baby’s nutritional needs, but it also feeds the bacterial colony passed on from the mother.

“It is an astonishing process,” he said. “Anything found in milk is evolving under the selective pressure of providing nourishment, protection, and prevention for infants.”

Today’s modern medicine (think hospital births and cesarean sections) have done remarkable things for saving mothers and babies, but it has also disrupted that bacterial transfer. This does not only affect babies.

“We have to put good bacteria back into people. We have gradually been stripping out the good bacteria, and it has been replaced by less beneficial bacteria,” he said. “We also have to feed those bacteria. One way to do that is with milk.”

To learn more about the value of milk and German’s research, watch the archived webinar “Milk: What can lactation teach us about diet and health?” on our website.

Would your farm have a future without you?
Hoard's Dairyman Intel - Thursday

The flip-flop on fats has spun heads

When is natural ventilation the right fit?