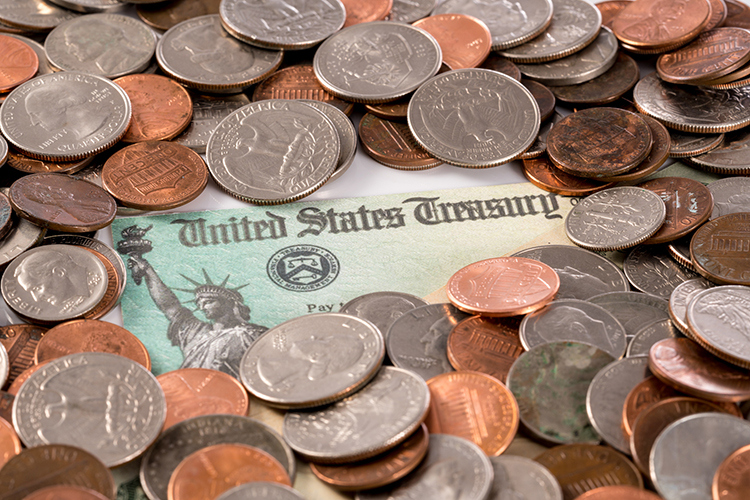 The pandemic recession is a cloud that will remain hanging over our entire country for the foreseeable future. As workplaces and businesses went dark this spring, there were fewer paychecks being cashed and even fewer places to spend them, such as dairy-rich restaurants and other establishments.

However, federal stimulus spending, including the $2.2 trillion of the Coronavirus Aid, Relief, and Economic Security (CARES) Act, accomplished its purpose to stem a bit of that bleeding, described Andy Novakovic on the September 1 Hoard’s Dairyman DairyLivestream. The Cornell University agricultural economist illustrated that this government action provided a considerable boost to Americans’ spending power during this time of crisis.

That seems counterintuitive, but Novakovic explained, “If you take out government benefits, which is social security and regular benefits, but also certainly the extra funding that came through the CARES Act, that Quarter 1 statistic is exactly the same. You take away government benefits, and instead of plus 13% personal disposable income in Quarter 2, it’s now minus 4%.”

That negative pressure on consumer buying ability would have likely made the waves in the demand for milk even more dramatic than what was realized this spring. The federal spending, Novakovic affirmed, “had a tremendously important impact on not having an even worse result for consumption-type expenditures.”

This year, we have learned how every bit of dairy sold and consumed counts. “What looks like pretty small changes in production and consumption can have pretty powerful effects on price,” the economist noted.

He added that stimulus payments are not a perfect solution and, of course, create debt, often to other countries. But that money has helped bring some life back into the economy. “The reality is, if we do nothing, it gets worse,” concluded Novakovic.

This is not even to mention the amount of dairy that was purchased directly by the government in the form of the Farmers to Families Food Box Program. Through the first two rounds of the program, from mid-May to the end of August, USDA bought over $605 million in dairy products. That food has been distributed to Americans in need in more than 75 million food boxes. The third round of contracts is just beginning, with another $1 billion allocated for purchasing dairy, meats, and produce.

DairyLivestream will air twice each month for the remainder of this year. The next broadcast will be on Wednesday, September 23 at 11 a.m. CST. Each episode is designed for panelists to answer over 30 minutes of audience questions. If you haven’t joined a DairyLivestream broadcast yet, register here. Registering once registers you for all future events.