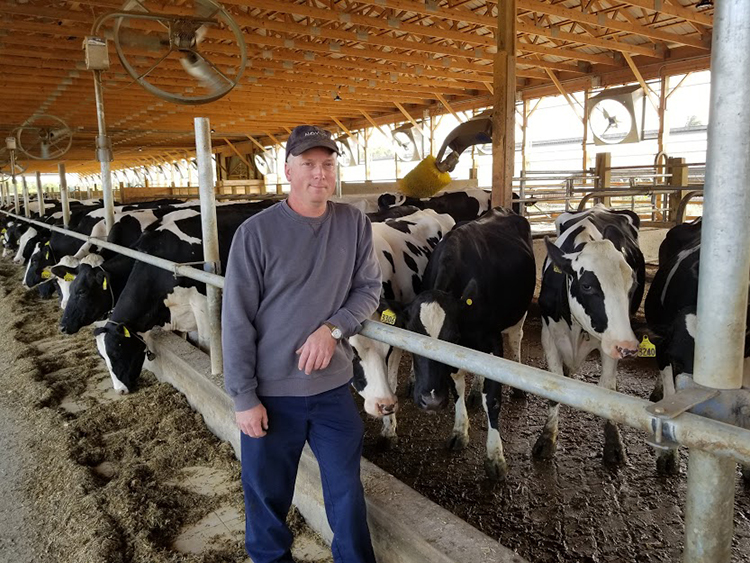 When Paul Fouts built a second freestall barn on his Cortland, N.Y., dairy, he chose to build another three-row barn. The major similarities between the old barn and the new one stop there, though.

Fouts, who milks 600 cows, shared comparisons about his two barns during a Cornell Cooperative Extension “Dialing into your best dairy” podcast.

The beds in the original freestall barn were 8 feet long. They went with a stall length of 9.5 feet in the new facility.

Alleyways also got an upgrade. In the new barn, they are 14 feet wide compared to 12 feet in the older facility. Crossover alleys were expanded from 12 feet to 16 feet.

“We made all those changes with the intention of giving the cows more room to maneuver,” Fouts explained. “When cows are eating and drinking, there’s room for two-way traffic behind them.”

More drinking space was also a priority for the new barn. Waterers in the new barn are 14 feet long, which provide 4 inches of drinking space per cow. Fouts found that these longer waterers were staying cleaner, so they replaced the 8-foot fountains in the older facility with 14-foot waterers as well.

Their first freestall barn originally had brisket boards, but those were removed after they noticed cows were sustaining front leg injuries. For this reason, they did not put any brisket boards in the new barn, and Fouts said, “So far, I don’t see any reason to have brisket boards at all.”

The new barn is also providing an opportunity to trial a new ventilation method. Rather than having fans blow air from one end to the other, they are going to blow air from one side to another in a 72-foot section of the barn.

While cows have not been in the new barn long enough to determine the positive milk response from the improved environment, Fouts shared a few positive attributes they have already noticed.

Besides the waterers, the wider alleyways also stay cleaner since the manure does not get as deep, even though they are scraping the same number of times per day in both barns. “The cows are cleaner,” Fouts said.

An unintended consequence of the wider alleys is that it is more difficult to sort one or two cows out of a group as they have more room to move around. “I would not do it different,” Fouts noted. “You just have to realize that the more room they have, the more they will move around. You have to anticipate their movements a little bit more now.” 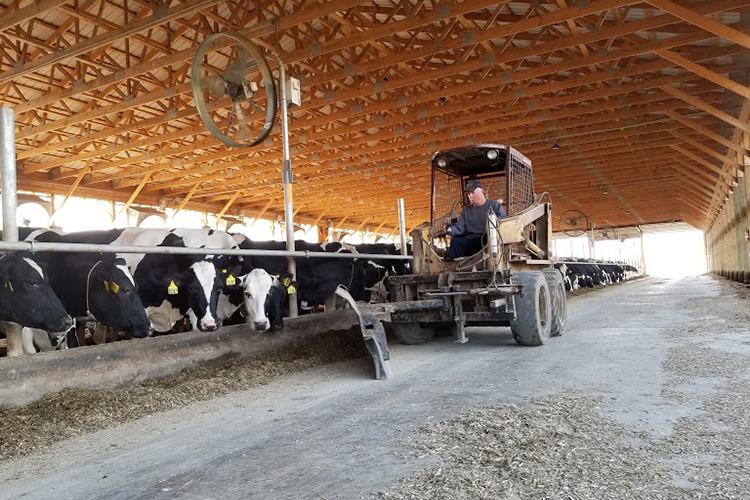 A change for heifers
Another small facility change had a big positive impact on the herd’s youngest cows.

“We noticed from our milk production records that first-lactation cows were not peaking and performing as they should,” Fouts said. He explained that their barn had a fresh cow group, a high group, and a low group, but all lactations were housed together.

They put up two gates in the high group pen and separated out the first-calf heifers. The first-lactation cows had the same feed, same stalls, same number of stalls per cows, and same feedbunk space as they did in their former pen. The effects were immediately noticeable.

“Literally overnight, the entire herd’s production per day went up 5 pounds per cow. The amount the first-calf heifers went up must have been dramatic,” Fouts said.

Think about traffic flow
When planning a barn design change like this, for starters, Fouts said to consult with your nutritionist and veterinarian to make sure everyone is on the same page. He said to consider traffic flow to and from the milking parlor and wherever else cows need to go. When changing grouping, traffic flow changes as well, and you want to make sure cows are not out of the pen longer than they should be.

“Make sure you think all that through,” he said. “How do you get cows from Point A to Point B without disturbing others or requiring a lot of labor?” On their farm, they ended up putting a travel lane outside of the barn so cows could leapfrog the pens rather than walking through another group.