Why can’t we sell our cheese? 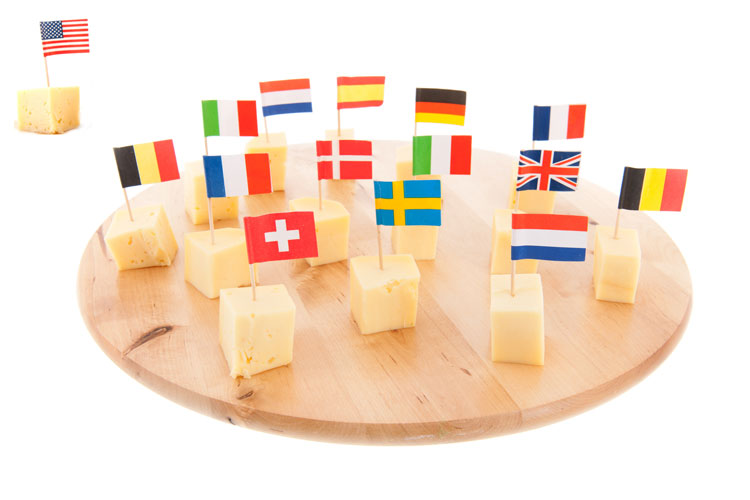 What’s in a name?

That’s the battle U.S. and European cheesemakers have been fighting for the last three decades. In that time frame, the European Union has enacted hundreds of geographical indications (GIs) on their trade partners in attempts to preserve certain product names, including many cheeses, for exclusive European use.

“A GI is a product that is connected, somewhat, to the area where it is produced, like Wisconsin cheese or Vermont maple syrup,” defined Jaime Castaneda on the October 7 Hoard’s Dairyman DairyLivestream. “Common names are ones that are in the public domain.” Castaneda has extensive experience with foreign markets as he leads the National Milk Producer’s Federation in international policy initiatives, as well as the Consortium for Common Food Names.

A geographic indicator has nothing to do with product safety, or even technically with product quality. Instead, it is a marketing opportunity.

“Europe is full of GIs, and some we call legitimate. But others are completely illegitimate. They disregard intellectual property rights and also consumer rights,” Castaneda said. “The Europeans decided that they would make GIs an integral part of their strategy, not for economic reasons . . . but for geopolitical reasons.”

The EU incorporates the acceptance of certain GIs into trade agreements with foreign countries. Under the agreement, that country is not to sell products by those names unless they come from the country where the name is protected. Castaneda continued, “The Europeans are also adamant to create the illusion that they’re helping farmers, but what they’re doing is winning over the U.S. on agriculture.”

This means that when the EU protects names such as Asiago, Feta, Gorgonzola, and Muenster, American cheesemakers cannot use those labels on their products sold to countries that are in agreement with Europe — including Canada, China, and Korea. Europeans essentially retain a monopoly on that recognizable product.

Versus standard of identity
It’s important to note that these GIs do not apply to cheese made and marketed only in the U.S. The U.S. does not use GIs even internationally, Castaneda pointed out. We produce distinctive products, but those may be trademarked, such as Idaho potatoes are, or identified with a certificate, like the label for Wisconsin cheese. The product name itself is not limited.

Instead of restricting what can and can’t bear a certain name because of where it was made, a standard of identity lays out guidelines for how a product is made, including ingredients and processes.

“For us, Parmesan is a method of producing cheese; that’s why we have standards of identity for Parmesan. It’s not a geographical indicator,” Castaneda summarized.

When it is restricted to a geographical location, American cheesemakers — and the American dairy farmers supplying their milk — are effectively shut out of international markets. It’s a battle that must continue to be fought.

An ongoing series of events
DairyLivestream will air twice each month for the remainder of this year. The next broadcast, “Dairy remains a powerhouse,” will be on Wednesday, October 21 at 11 a.m. CST. Each episode is designed for panelists to answer over 30 minutes of audience questions. If you haven’t joined a DairyLivestream broadcast yet, register here. Registering once registers you for all future events.