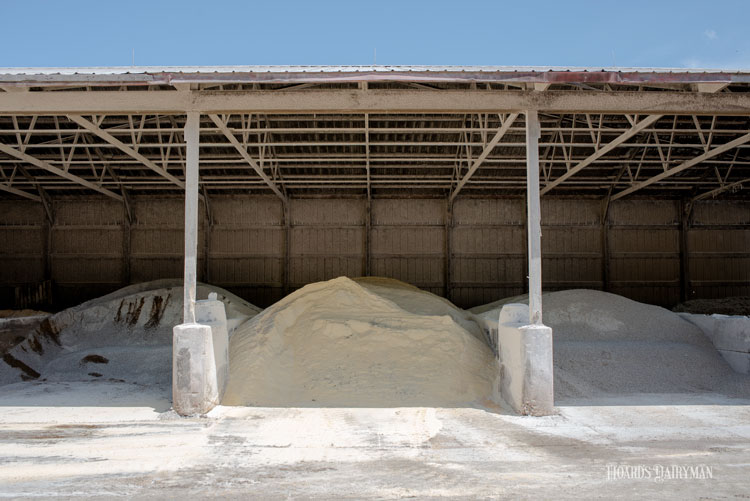 Feed is a major expense on any dairy farm, so it is critical to select ingredients for the ration that make nutritional and financial sense. The problem is, deciding between certain feed ingredients can be like comparing apples to oranges — there may not be an easy way to determine which is a better value.

“In the U.S., there are more than 150 feedstuffs available, and probably more than that,” said Bill Weiss, a professor at The Ohio State University, during the December Hoard’s Dairyman webinar. “There’s a lot to consider.”

He offered four factors to consider when deciding what feeds to use:

When comparing prices, Weiss said feeds should be evaluated on a nutrient-supplied basis, but he recommended not focusing on one nutrient.

“You really cannot compare feeds based on a single nutrient, unless that’s the only nutrient in the feed. We have to base it on nutrients, and base it on all the important nutrients a feed provides,” he explained.

To value feeds based on nutrients, Weiss said a farm must pick the right nutrients to evaluate and account for their economic value, and a lab must be able to measure or estimate accuracy. He said protein and energy are more difficult to measure.

He also indicated the importance of taking transportation into account. “All prices should be delivered to the farm,” he said. For some feeds, shrink should also be considered.

First, he said the feed must fit into your diet. Next, he reminded that excess inclusion can reduce production. “Just because it’s cheap doesn’t mean you can feed a lot,” he said. He also said to consider the intangibles such as quality and consistency.

On the flip side, assuming that you should never use overpriced feeds is not correct, either. He said to make sure you consider and price the feed based on the most important nutrients.

Also, remember the non-nutrient effects we can’t explain. For example, molasses is used for its stickiness to hold ingredients together, and that has value, but it is hard to put a price on, he noted. He added that some ingredients improve production for reasons we don’t understand.

He shared the example that distillers grains is almost always a bargain priced feed, but when fed at a high inclusion rate (30%, for instance), it can lower fat and protein production and reduce the value of milk sold.

“This doesn’t mean don’t feed distillers,” he said. “It means cheap distillers at a high inclusion rate really isn’t that cheap. Feed it in moderation, and it could be a really good buy.”

To learn more about pricing and comparing feeds on a nutrient basis, watch the full webinar “Improved methods for comparing the economic value of feed.” This webinar was sponsored by QLF.