Where is dairy growing? 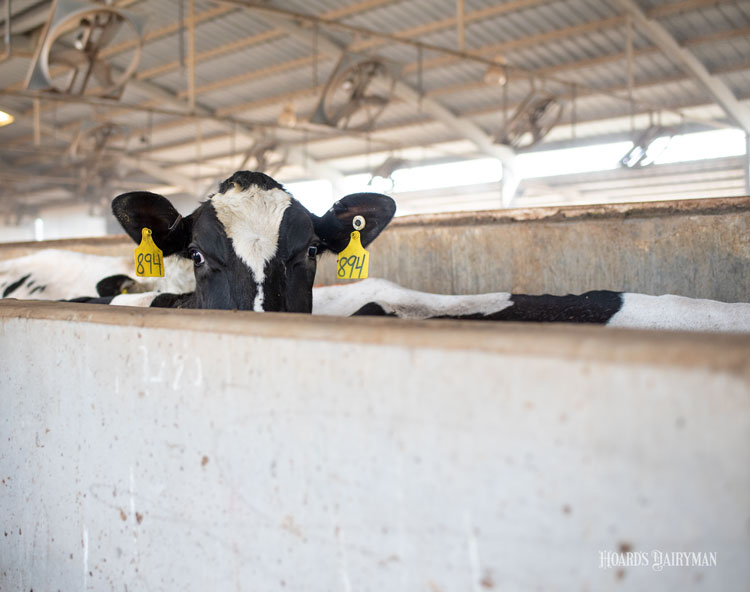 The dairy industry has always been dynamic. In the very early years of our country, we moved from farms supplying milk just outside the town limits to railroad shipments into the large cities by the 1800s. Later, as the population began to spread across the country, milk production began to evolve to produce nutrient-dense products such as butter and cheese. The cows were located in the center of the country and the resulting dairy products were shipped to the coasts where the population was large. Today, dairy is still growing in some of those areas, but the regions of growth depend on other factors.

Last year’s change in milk production was impacted by many things, including the pandemic. You can see in the map, looking at the percent change in milk production, that the strongest growth occurred in the central portion of the country as shown by the deep green states. In fact, Wyoming had the largest percent growth in milk, followed by states like South Dakota, Texas, Colorado, and others. The largest milk losses were in states like Alabama and South Carolina, shown in red. But sometimes only looking at percent growth is misleading because the base of milk production may be small. 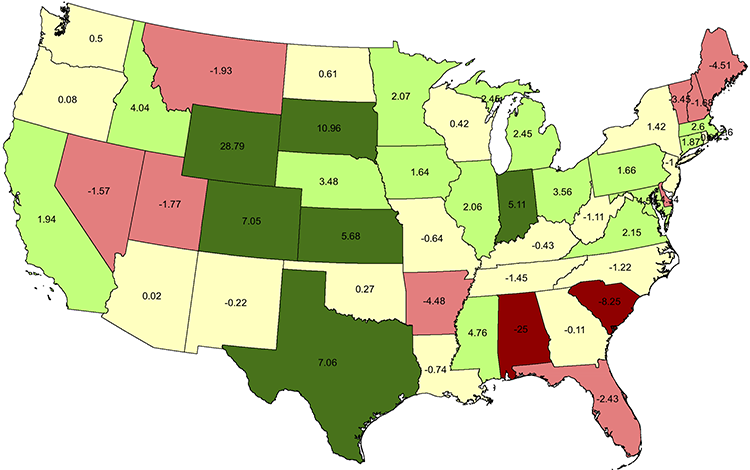 The second map looks at the change in the country’s milk production in absolute terms. Pounds of milk produced is a better reflection of where the capacity to produce dairy products really changed. In this map, Wyoming still had a respectable gain of some 41 million pounds of milk, but it was dwarfed by its neighbor, Idaho, that had a whopping 630 million-pound increase, although that only represented about a 4% annual growth. Even modest growth rates in well-established dairy states, like California, Idaho, and Texas, will represent a large volume of milk. 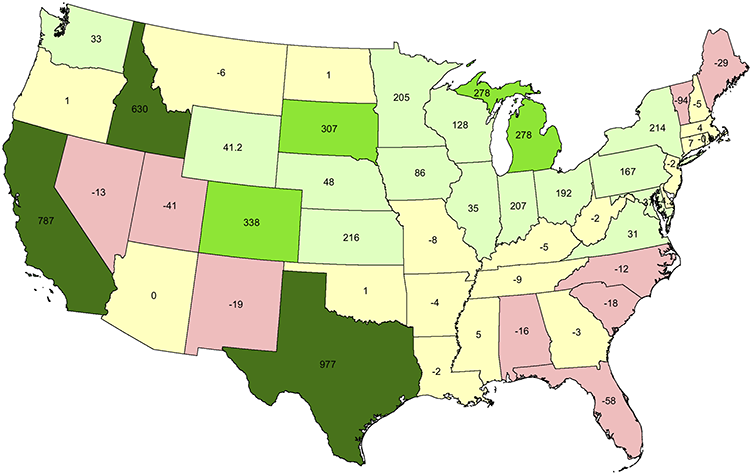 2019-2020 change in milk production in millions of pounds

Some of our large and oldest milk-producing states, like Wisconsin, New York, and Pennsylvania, are likely to only see modest growth. Substantial growth is hampered by the ability to accumulate a large enough land base for major expansions.

The states to watch inhabit the middle ground. This is where there are substantial growth rates and a fairly well-established industry. States like Colorado, South Dakota, and Michigan are representative of those states. I could easily be persuaded to throw Indiana and Kansas into that group.

The drag on growth in the states to watch is likely to be processing capacity. Michigan has recently built a large new plant and there has been added capacity in the I-29 corridor. But for many states with the potential to produce a lot more milk, access to a processing home is a key constraint.

We have quite a bit of momentum up for increased production in the fourth quarter of 2020. Let’s see how much and where milk production grows in the year ahead.

Milk Check Outlook
Do we need to revisit incentives to move milk?