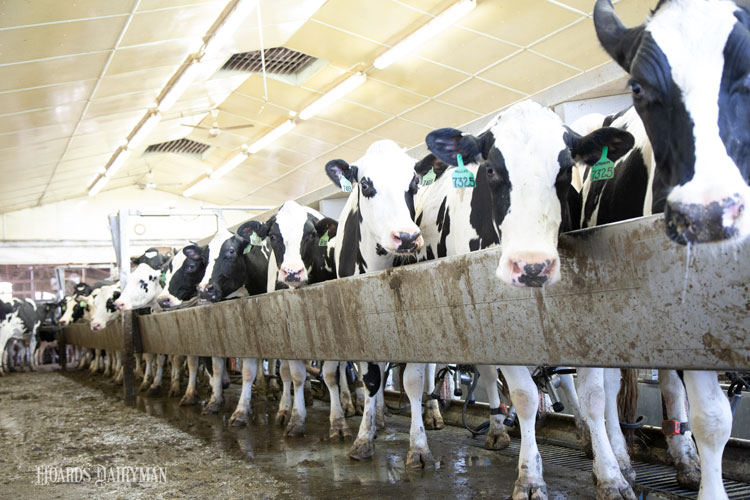 “We had 100,000 more cows year-over-year in December. That was the biggest year-over-year advance in some time,” shared Phil Plourd during USDA’s 97th Annual Agricultural Outlook Forum. “Its highest absolute cow numbers since the mid-1980s,” he said of the nation’s dairy cow herd.

What impact could this large dairy cow herd have on milk prices?

“We count 42 occasions going back to the year 2000 when we had daily milk production at 3% or more. In 34 of those occasions . . . 81% of the time . . . the Class III price was lower in the six subsequent months by an average of 18%,” Plourd said to those attending the Dairy Outlook portion of the event on Friday, February 19. That’s the production impact.

What about cow numbers?

On 15 occasions, cow numbers have climbed over 100,000 head going back to 2000. “In those 14 of the 15 cases, the Class III price was down by an average of 24% year-over-year,” explained the president of Blimling and Associates of prices in the subsequent six months. “We are definitely flirting with historical-type growth that has (price) implications for at least the medium term.”

Butterfat supplies booming, too
“The other thing that’s remarkable is components,” said Plourd, noting that the butterfat levels in milk climbed to 3.95% in 2019. “In December alone, 3.1% milk production growth, an increase in fat content from 4.06% to 4.13%,” he said of comparing butterfat levels from December 2019 to December 2020.

“That’s 36.6 million pounds of additional fat. That’s enough to make 30 extra truckloads of butter per day,” he said in explaining why butterfat prices have been softer in recent months.